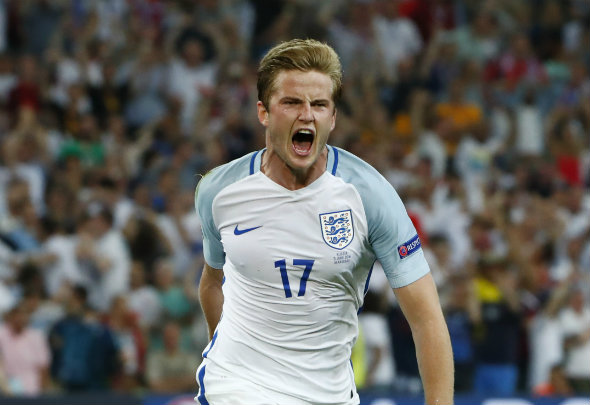 Mauricio Pochettino has revealed that another Tottenham player is preparing to sign a new deal – and fans have reacted with delight on Twitter.

The news comes after Eric Dier, 22, put pen to paper on a new agreement which will keep him at White Hart Lane until 2021.

Pochettino surprised Spurs fans with the news in a recent press conference, quoted by the Hertfordshire Mercury. He said: “I can promise that maybe in the next few days there will appear another player with the same news that happened to Eric Dier,”

Christian Eriksen also signed a long-term contract with Tottenham last Tuesday as Mauricio Pochettino looks to secure the future of his most trusted players.

Supporters on the social media site took their opportunity to congratulate the former Lisbon anchor, while others shared their desire for the team to grow together now that Dier’s contract has been agreed.

Here are a collection of the best tweets regarding the news:

@spurredontv walker walker walker. We are not only building but retaining a very strong team. Nobody wants to leave.

Mauricio Pochettino has promised another Tottenham player will sign a new contract in the coming days. #THFC pic.twitter.com/lJYicqwxnJ

Dier has become a mainstay in the Spurs midfield and earnt himself a a place with the England squad at this summers European Championships.

The youngster has played 91 games scoring six goals and providing four assists for Pochettino’s side.

The combative starlet has started all four of the London club’s League fixtures in the new campaign, helping the club to two victories and two draws.

Pochettino invested heavily in a host of new midfield talent this summer with Victor Wanyama, Georges-Kevin N’Koudou and Moussa Sissoko all joining his squad in the transfer window.

In other Tottenham team news, Gary Lineker believes that Spurs playing at Wembley instead of White Hart Lane in the Champions League could be a disadvantage.