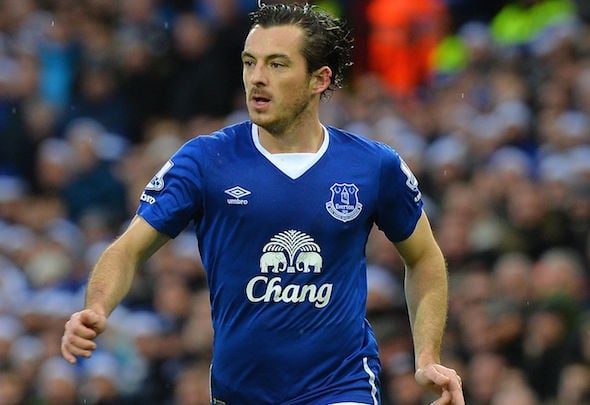 Ronald Koeman should make two changes to his side that beat Sunderland 3-0 last weekend against Middlesbrough.

Ross Barkley and Leighton Baines must be dropped for the fixture to make way for Kevin Mirallas and Bryan Oviedo.

Maarten Stekelenburg should retain his place in goal for the Toffees after cementing himself as the club’s new number one goalkeeper.

But changes must be made in defence for Koeman’s side.

Baines, 31, has been an integral part of Everton’s team for nine years but now is the time to implement a change at Goodison Park.

Oviedo has impressed during the appearances he has made for the Everton first-team so far in his career but is now being held back by the ageing Baines.

Bringing Oviedo into a secure back four would give him the chance to find his footing and excel as Everton’s first-choice left-back for many years.

The rest of the Everton defence should consist of Ashley Williams, Phil Jagielka and Seamus Coleman to provide solidity for the Toffees.

In front of the back-four, Koeman should employ the defensive shields of Gareth Barry and Idrissia Gueye.

The pair have only just begun their new partnership in central midfield but with the experience and passing ability of Barry fused with Gueye’s energy and tackling strengths, it could be a crucial combination for Everton this season.

Koeman must then start an attacking quartet of Romelu Lukaku, Yannick Bolasie, Kevin Mirallas and Gerard Deulofeu in a set-up that leaves no room for youngster Ross Barkley.

The forward endured a poor performance against Sunderland last week and was hauled off at half-time for his display.

Lukaku’s hattrick in the same game will give him the confidence to kick-on this season and with the support of new winger Bolasie and former Barcelona star Deulofeu, the Toffes will terrify rival defences.

In other Everton team news, Koeman has revealed that Lukaku will need support from his team-mates