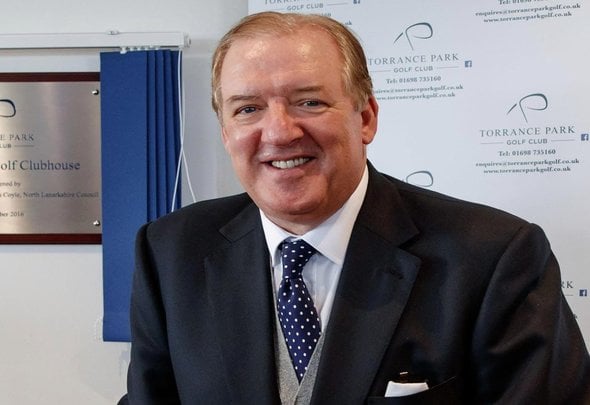 Former Rangers owner Sir David Murray could be set to return to Ibrox and invest in the Ibrox giants again – seven years after selling up to Craig Whyte – but Murray must have a hell of a short memory if he thinks Gers fans will want him anywhere near Edmiston Drive.

The Daily Express claim Murray is looking at buying out existing investors and re-investing in the club he sold for £1 as his metals empire crumbled around him.

Murray has tried to mitigate his involvement in the financial meltdown of the Ibrox giants – despite the cost-cutting that went on for years under his watch – before selling up to the first fly-by-night chancer who flashed their knickers up in a desperate attempt to escape his own handiwork.

What Murray knew about Whyte’s background and funding – or lack thereof – will always be the subject of speculation but there’s enough that can be directly attributed to the Sir David that means any proposed investment in the Gers from him would be about as welcome as a merger with Celtic.

The club’s much-publicised tax issues all started on Murray’s watch and – rightly or wrongly – it was Murray’s obstinance that led to Whyte picking up the ownership of the Gers for a quid before finishing off the job Murray started and driving them into administration and liquidation.

And that’s without even going into his issues with current Rangers chairman – and largest individual shareholder – Dave King, which could prove a hurdle to any investment from Murray.

Rangers finally seem to be on the right track both on and off the pitch and the return of a man who is now one of the most vilified figures in the club’s history will be a nothing but a huge backwards step, regardless of how many of times Murray wants to claim he was “duped” by Whyte in 2011.

In latest Rangers news, Gers fans are split on reports of investment in the Ibrox giants

Pundit Exclusive: Liverpool tipped to sign Mbappe next year – ‘Klopp Has The Power’

‘He Is Pummelling Everyone…it’s Frightening’ – Exclusive: Pundit on Tottenham player