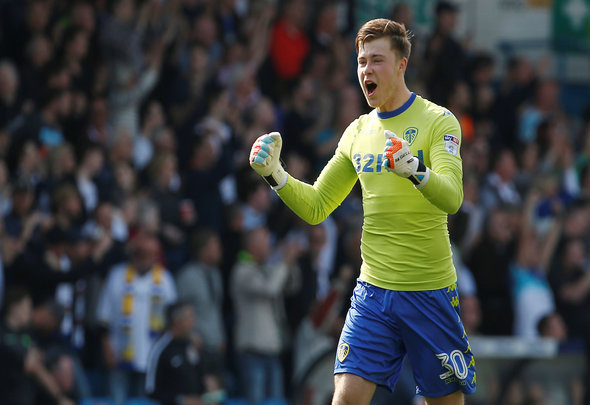 Leeds United goalkeeper Bailey Peacock-Farrell has been blasted by former Elland Road striker Noel Whelan for threatening to leave the club if he is not handed the game time he is looking for.

Speaking exclusively to Football Insider Whelan took aim at the shot stopper for the way he has conducted himself, the Northern Ireland international suggesting that he will look to leave the Whites if he is not playing.

The five-cap keeper, who lost his first team place to Kiko Casilla after the Spaniard’s arrival, was quoted by the Yorkshire Evening Post as saying: “If I stay at Leeds I’ll be staying at Leeds to play. The two scenarios would probably be I’m staying at Leeds and I’m playing or I’ll have to be elsewhere I think.”

The comments from the 22-year-old have gone down like a lead balloon with Whelan, who insists that there can be no guarantees made for any player at Elland Road and that these sort of talks should have taken place with the likes of Marcelo Bielsa and chairman Andrea Radrizzani.

Speaking to Football Insider in an exclusive interview, the former Whites ace said: “There’s no guarantee, you’ve got to work for your place. Coming out and putting the club under fire like that, in a little bit of a threatening way, pushing his own place, I think it’s wrong.

“I understand you want to play, but that’s not the way you do it, he’s threatening the club. He’s still under contract with Leeds United, whatever happens, happens, rather than kicking up a fuss on Sky Sports News.

“That shouldn’t have been coming out publicly. That should have been between manager, chairman and player. It’s forceful, it forces the hand of Leeds United.”

Since making his debut for the Whites Peacock-Farrell has made 41 appearances across all competitions, although just one of those has come since Casilla joined from Real Madrid in January, the Spaniard’s suspension seeing the 22-year-old restored in a 3-2 against Millwall.