Danny Mills claimed people are wrong about Leeds United defender Gaetano Berardi as they see him as being ill-disciplined.

Speaking exclusively to Football Insider correspondent Laura O’Leary, the former Leeds full-back shared that Berardi’s disciplinary record has been very good as of late so people are wrong to believe he gets sent off all the time.

The 31-year-old centre-back has featured 16 times for Marcelo Bielsa’s side this season across all competitions and has only missed one game due to suspension so far.

Mills then explained that he believes Berardi is underrated as while he works incredibly hard for his side, it’s his teammates who get the plaudits.

When asked if Berardi gets the praise he deserves, Mills told Football Insider: “Well, I think he comes in and I think people wrongly give him the tag of ill-disciplined, gets sent off all the time.

“But his disciplinary record of late has been pretty good, even had one overturned, but he comes into the team and is a fabulous servant to Leeds.

“His contract is coming to an end, he knows he isn’t going to play every week, but he works incredibly hard, he’s a great squad player to have around.

“And yeah he’s probably underrated as others around him get all the plaudits.” 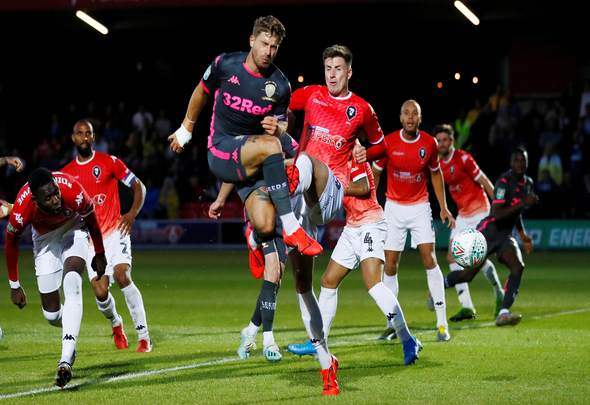 The Swiss centre-back has been at Elland Road since July 2014 after joining from Italian side Sampdoria and he has racked up 146 appearances for the club so far.

Berardi’s contract is on course to expire at the end of the season with his last contract extension coming back in September 2015.

In other Leeds United news, ex-United star has tipped the Whites to sign ‘Fabulous’ Man City player next month.