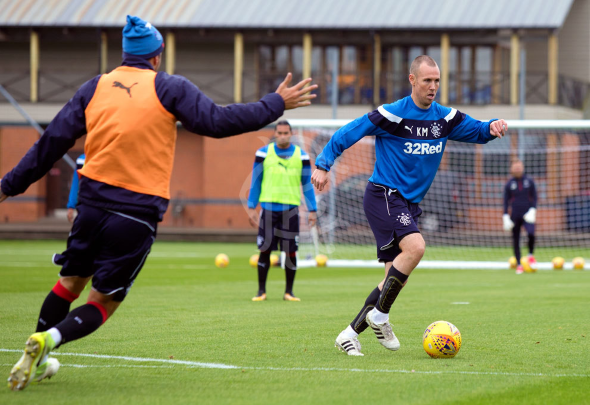 The Rangers team selected by Graeme Murty to take on Dundee sprung a surprise as senior striker Kenny Miller started his first match for the Light Blues since December.

Murty’s gamble paid off though, as Miller opened the scoring for the Gers in the 4-0 win over the Dens Park side.

Miller may well be in Murty’s thoughts for the upcoming Old Firm Scottish Cup semi-final against Celtic next Sunday following his goal against Dundee, his fifth of the season.

Murty might think that Miller’s cunning an experience could cause the Hoops defence problems, even at the age of 38-years-old.

Miller does has previous for causing the Hoops problems in the Scottish Cup, only two years ago he scored a goal in the Gers’ memorable win which saw the end of Ronny Deila’s time in charge of the Parkhead club.

One thing that Murty will have to bare in mind though will be the reaction to the fans if he decides to start Miller in the game.

Despite his goal against Dundee, fans aren’t convinced that Miller is good enough to be involved from the start for the Light Blues, and if the Gers lose the game no doubt that would be blamed as one of the reasons.

Murty certainly has a lot to think about in the run-up to the semi-final, and the emergence of Miller will only add to that.