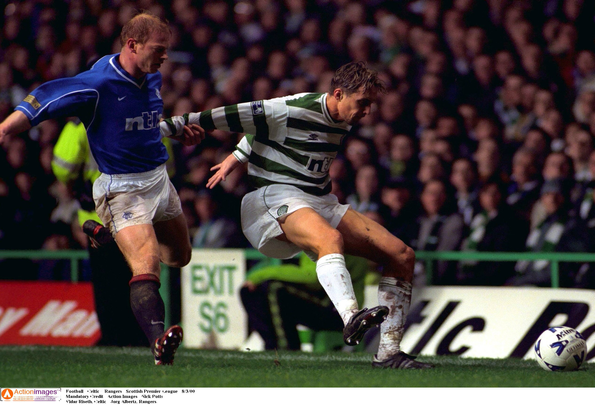 Former Celtic midfielder Vidar Riseth has named the one Hoops player who must start the upcoming Scottish Cup semi-final versus Rangers – and that player is his fellow Norwegian Kristoffer Ajer.

The 19-year-old centre-back has been in excellent form for the Hoops since becoming a first-team regular in December, and Riseth believes that Brendan Rodgers is certain to start the player in the Hampden showdown.

“Celtic have a big squad with a lot of competition, no player will start every game,” he said, as quoted by the Scottish Sun.

“But I’d expect Rodgers to name his strongest team to face Rangers and I’d include Ajer in that.

“He deserves to play. He’s been excellent for the last few months and is a big player for Celtic now, he will not let Celtic down if called upon.”

Ajer has played in two Old Firm derbies in his time with the Hoops and has yet to experiences defeat in either, the first ending in a goalless draw and his second in a 3-2 win.

Ajer has been excellent for the Hoops in what has been a problem position at times, and he seems certain to start the Scottish Cup semi-final. It wouldn’t be a surprise if he was paired with Dedryck Boyata, as the duo did form a good partnership which was broken-up by injury. Of course, the one problem with that is that since Boyata has returned from injury his performances have been poor to say the least, particularly in the last Old Firm derby. But Rodgers has been faithful to his players in his time as Hoops boss so far, which means a Boyata-Ajer partnership looks very likely.

In other Celtic news, fans have named a player they hope the Hoops sell in the summer