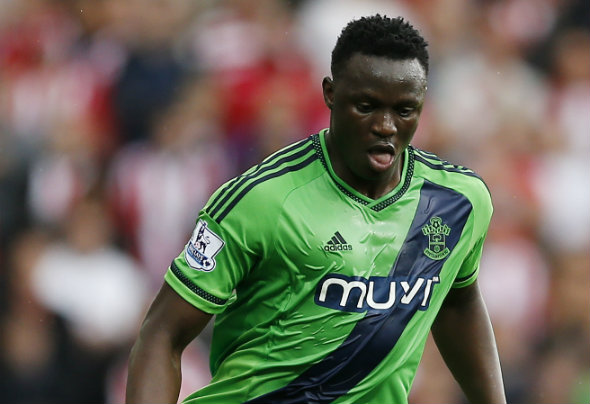 Victor Wanyama has revealed he can’t wait to link up with his Tottenham team-mates for the first time.

Spurs’ £12million new signing flew into London from Kenya on Sunday ahead of the first tranche of senior players returning to pre-season training.

Manager Mauricio Pochettino is renowned for organising gruelling double sessions to get his men in prime condition, which Wanyama will know well from working with the Argentine at Southampton three seasons ago.

The midfield enforcer took to Twitter on Sunday to reveal his excitement at starting pre-season preparations at the club’s Enfield headquarters.

Wanyama posted an image of an aeroplane and told his Twitter followers: “Back to work, can’t wait to get started.”

✈️ back to work ,can’t wait to get started #COYS

Wanyama has been Spurs’ only signing of the summer window to date after the club reached an agreement with Southampton 10 days ago.

The former Celtic man will play for Pochettino for the second time after being brought to England by the Tottenham manager when he was in charge at St Mary’s Stadium in the summer of 2013.

In other Tottenham news, the club are close to finalising a landmark signing.