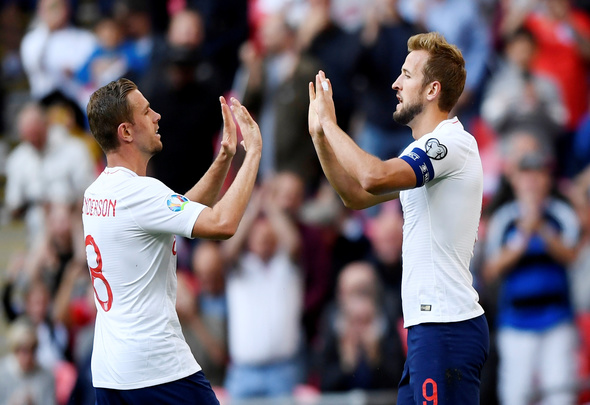 Darren Bent has torn into Liverpool midfielder Jordan Henderson for being “too predictable” in England’s 2-1 defeat to the Czech Republic on Friday night.

Speaking exclusively to Football Insider assistant editor Russell Edge, the former Tottenham and England striker says that he is a big fan of the former Sunderland midfielder but that he failed to “mix it up” when needed for the Three Lions.

Gareth Southgate’s men took the lead through a Harry Kane penalty, Raheem Sterling fouled in the box to win the spot kick, but were pegged back four minutes later, the home side striking late to seal a surprise win.

Having seen Henderson partnered with Declan Rice in the middle of the pitch, Bent was left unimpressed with what he saw from the Liverpool 29-year-old and insisted he needs to figure out how to make a difference against compact opposition.

Bent told Football Insider: “I like Jordan, I’m a big fan but for me, Friday night the problem was it was too predictable. Sometimes you’ve got to mix it up.

“Everything was to feet and back. Because they were coming to feet every single time, the Czech Republic were able to squeeze the life out the game. There was no space in the midfield, no space whatsoever.

“It was way too easy for the Czech Republic to contain. I thought the link between the attack and the midfield would be Mason Mount and Jordan Henderson getting on the ball. It just didn’t work out. England weren’t moving the ball quick enough.”

Henderson was making his 53rd appearance for England on Friday, having been handed a start in the Three Lions’ last three international fixtures.

Southgate’s men will be looking to bounce back on Monday in their European qualifying clash against Bulgaria, who they beat 4-0 in the reverse fixture at the start of September.

In other Liverpool news, Football Insider can reveal the Reds have set their sights on a Leeds player who has blown their scouts away.