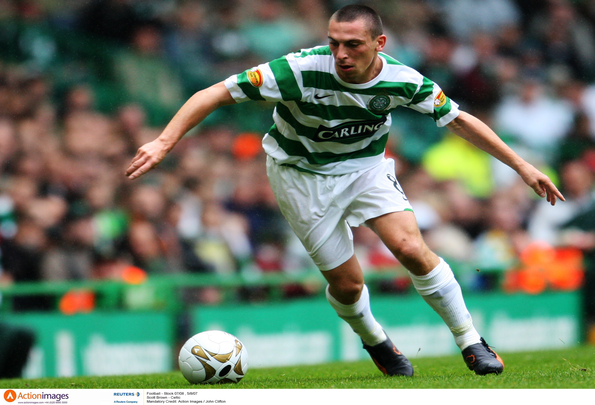 Celtic star Scott Brown has revealed his surprise at the massive expectations placed on him and his team-mates to win every game when he first moved to Glasgow.

Brown, who has spent 10 years with the Hoops, made his debut for the Bhoys in a goalless draw against Kilmarnock in August 2007, and whilst he thought it wasn’t a bad result his new team-mates were disappointed to have dropped points so early on in the season.

Whilst a point at home to Kilmarnock might not have been a bad result for his old side Hibernian, Brown quickly realised it wouldn’t be good enough for the Hoops.

“Turned around and going ‘it’s Kilmarnock. We should be battering them.’ You hear the fans and everyone, it’s automatic, You’ve got to win.”

o/ ‘Becoming Broony’ – @CelticTV's @_jo_hendry sits down for an exclusive interview with the Hoops captain in this first installment of #Broony10.

Thankfully Brown has since got used to winning for the Hoops, as he has claimed 14 domestic honours so far in his decade at the club.

What Brown says about a game from almost 11 years ago still rings true now, that every game is a must win for the Hoops, especially in Scotland, and even a draw at home can be considered a crisis. It is important that new signings to the club learn that as quickly as possible, and Brown is just the player to do that, as after a relatively quiet start to his Hoops career, he has in time become the most important player at the club and is the leader of the side on the park, which looking back you would have not expected to happen after such an inauspicious league debut for the Bhoys.

In other Celtic news, the Hoops are aiming to complete two deals