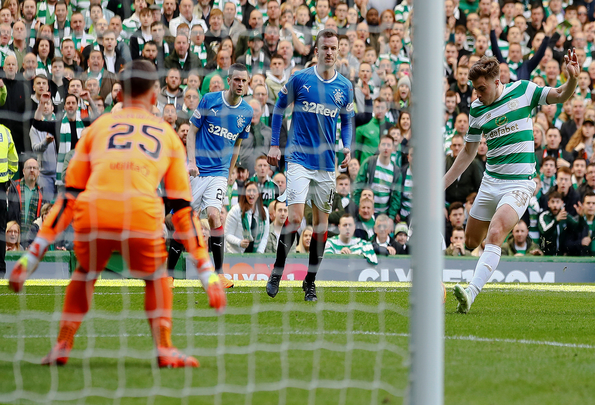 James Forrest has spoken of his relief after Celtic became the first team in Scottish football history to win back to back domestic trebles.

The 26-year-old, a stand-out performer for the Hoops this season with 17 goals, didn’t enjoy the Scottish Cup Final win over Motherwell because of the pressure the team were under.

“It would be fair to say it is a weight off our shoulders now” he said, as quoted by the Scottish Sun.

“There’s massive pressure in every game you play for this club but we’ve never experienced anything bigger than going into last week, knowing the double Treble was at stake.

“But we turned up at Hampden, put in a really good team performance and we were delighted with the win.”

The Hoops were never in danger of losing the game after first-half goals from Callum McGregor and Olivier Ntcham and were able to stroll to victory over the Steelmen.

It is interesting that Forrest speaks of the team being under such pressure, as they certainly didn’t play like that – it was a performance devoid of nerves as the Bhoys were very comfortable winners. The team seemed under far more pressure in last year’s cup final, where they were aiming to complete an unbeaten domestic treble and were given a really hard game by Aberdeen, who were eventually defeated by Tom Rogic’s injury time winning goal. The big test for the Hoops now is to try and win a treble treble, which would probably rank the side along with the Lisbon Lions as the greatest ever in Celtic’s history if they were able to pull off such an achievement. The chances of that happening do seem fairly slim however, so for now the club will just have to be content with making Scottish football history in what looks to be an unparalleled series of domination.