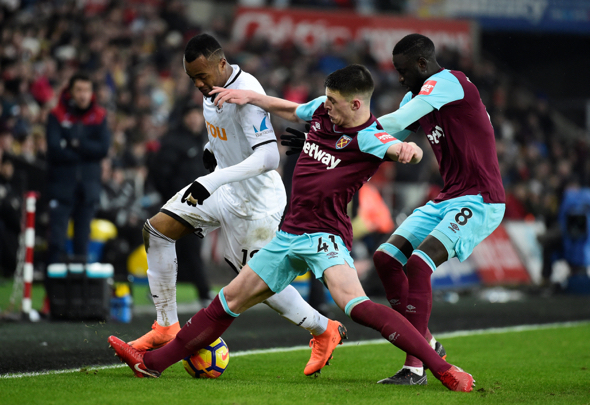 West Ham had to endure a thoroughly miserable afternoon at the London Stadium on Saturday afternoon.

They went behind to a spectacular Ashley Barnes goal in the 66th minute and it could have been worse.

The Hammers had been lucky around 10 minutes earlier after an earlier Barnes effort was disallowed, harshly, for offside.

It did get worse later though. First there was a pitch invasion from incensed fans.

Then, when that was cleared, Chris Wood fired two goals in – the second from a Joe Hart mistake – to secure the three points.

Burnley started the day in seventh and are definitely over-achieving but West Ham fans will think their side should be doing much better at home.

And they’re not free from a relegation battle yet.

Hammers fans think a lot of their issues start in midfield, where Cheikhou Kouyaté came in for the brunt of criticism.

Here is a selection of the best reactions from West Ham fans:

I disagree Kouyate been horrendous

Everything Kouyate touches turns to shit. Even with 5 yard passes, he manages to pass the ball behind and hits it into the ground so it bobbles before it reaches anyone. & how many times has he flung himself at the ball and cleaned out the opponent and fouled?😡

Kouyate off injured, but how the hell was he given a starting berth after his recent performances?? #WHUBUR

Kouyate slows it down more then Noble

Not sure how kouyate starts. Week after week not giving anything

Other than confirming Kouyate is absolutely awful ⚒