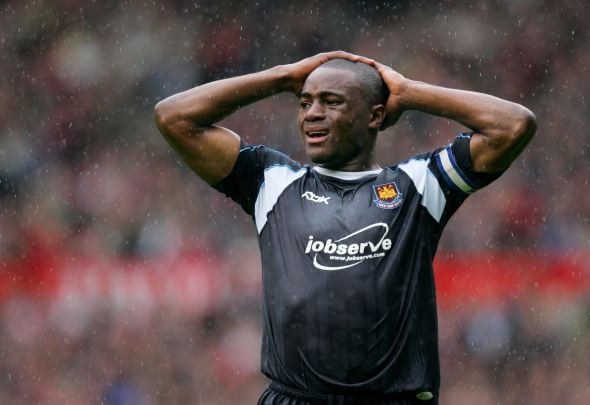 West Ham fans have ridiculed Nigel Reo-Coker’s decision to sign for Norweigan side IK Start on Twitter after he penned a one-year deal with club.

Reo-Coker, 32, last played for Montreal Impact and has had spells with the likes of Chivas, Vancouver and Ipswich Town since leaving east London.

Second-tier side IK Start announced the signing of Reo-Coker on their official website, with the former Aston Villa and Bolton star set to wear the number five shirt.

The tough-tackling midfielder was once West Ham’s captain after making his debut in August 2005 under Alan Pardew, going on to make 136 league and cup appearances in claret and blue.

It was believed that Reo-Coker, along with Kieran Richardson, were set to sign for La Liga outfit Granada under the stewardship of Tony Adams but a move has failed to materialise.

West Ham fans reacted on Twitter to their former midfielder’s move to the Scandinavian club, with many deriding the move by highlighting Start’s current position in the second division of Norwegian football.

Should of stayed with us. Was ripping up trees but got a bit ahead of himself if i remember rightly.

Ex, IK Start aren't even in the Norwegian Premier league!

Best £8m profit we made! Only paid 500k for him and had his best performances.

Reo-Coker spent three and a half years at West Ham, scoring 11 goals from holding midfield as well as being selected to make 23 England Under-21 caps.

But his career has spiralled downhill and he will now look to resurrect what he has left in professional football with the Norwegian minnows.

In other West Ham news, Slaven Bilic is reportedly set to re-enter the transfer market to sign this Ligue 1 attacker.