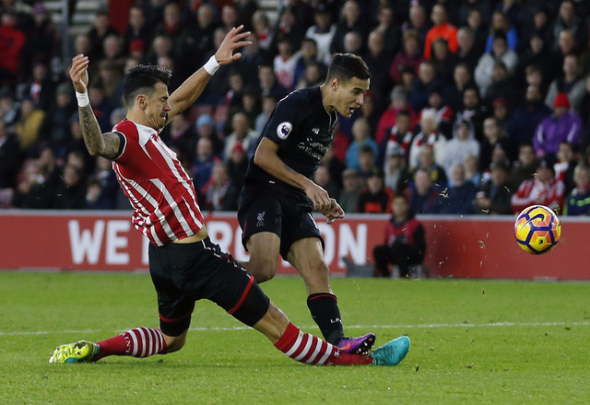 West Ham announced the signing of centre-back Jose Fonte from Southampton on Friday evening – and Hammers fans are delighted on Twitter.

The 33-year-old centre-back handed in a transfer request on the south coast earlier in the month after a contract dispute with the club he had been a part of for seven years.

He was a key figure during the Saints’ dramatic rise from the depths of the English third tier and was even made captain by former boss Ronald Koeman when Adam Lallana left.

Meanwhile, the Hammers have struggled this season after a successful last campaign and will have targeted additions in January to help them improve on their current position.

This has led to the east London side revealing that they have signed Fonte in an £8million deal, agreeing a two and a half-year contract with the club.

José has joined the Hammers from Southampton on a 2 and a half-year contract, for a fee of £8m. #WelcomeFonte pic.twitter.com/sTmPsN6XsX

This has brought great delight to the Hammers faithful on social media, who believe the Euro 2016 winner can be a success at the club.

Really happy with the Fonte signing. Good player, will make a big difference to our back line – #WHUFC #WelcomeFonte #COYI

Fonte is a great signing for us, a very good, quality player!
Stats don't lie, he was solid for Southampton #WelcomeFonte #COYI #WHUFC https://t.co/oHYkOrUwyk

I jest, it's actually got the potential to be a very good signing. He's no @TomkinsOfficial , but a good signing.

Fantastic signing that provides some much needed depth! #WelcomeFonte Thrilled to have you!

8 Mil what a signing

West Ham are currently sat in 12th place in the Premier League table and they will now be hoping that the addition of the experienced Fonte can help push them forward.

In other West Ham transfer news, there has been a twist in this attacker deal.