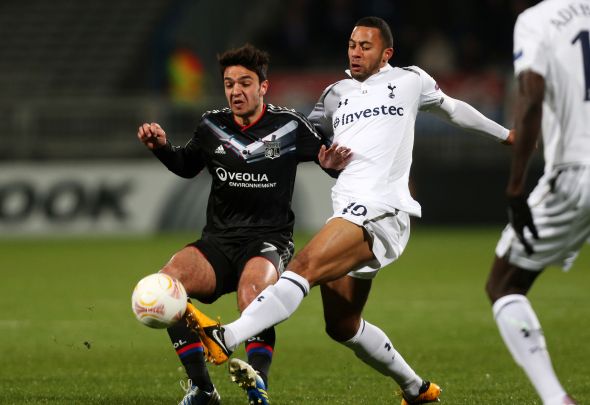 West Ham are in the hunt to sign Lyon playmaker Clement Grenier, according to a reliable journalist.
Sun reporter Alan Nixon claimed on his personal Twitter account on Sunday that the Hammers have Grenier, 27, on their radar and could be able to snuff out a cut-price move for the central midfielder this month.
It is understood that the Premier League club may try to sign the five-times France international on a pre-contract as his deal with Lyon is set to expire at the end of the season.

Grenier has barely been used by Lyon this season and has made just two appearances across all competitions – amounting to just 31 minutes of game time.
Last term, the playmaker was sent on loan to Roma, but he made just six total appearances.
Grenier is not the only France international that West Ham have been linked with as the Daily Mail has reported that Antalyaspor have offered the former Manchester City man to the London club.
Football Insider verdict
Grenier has barely kicked a ball over the last two seasons so it would be hard to see him moving to West Ham and hitting the ground running. It would make much more sense to approach the Frenchman on a pre-contract so that he can arrive in the summer for free and have the entire break to get back up to speed. Grenier is known for his brilliant ball-playing ability and ability at set-pieces. He was linked last January when Dimitri Payet left the Hammers for Marseille but this time they may be able to launch a proper pursuit because of his contract situation.
In other West Ham news, the Hammers are favourites to sign this £25million centre-forward from a Premier League rival.
We’ve launched a << BREAKING NEWS FEED>> exclusively for your club. ‘Like Us’ on Facebook by clicking here if you want 24/7 updates on all West Ham breaking news.