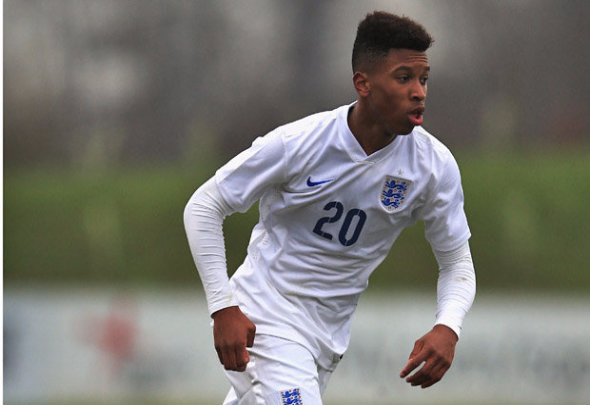 West Ham are in pole position to land Tyrese Campbell after he refused to sign a new scholarship deal at Manchester City, Football Insider sources understand.

The Londoners are keen to signing the 16-year-old striker after he snubbed City due to fears over his progression at the club.

The Citizens do not want to lose Campbell, who is the son of former Arsenal and Everton striker Kevin Campbell, but they are resigned to him joining a new club.

A well-placed source has told Football Insider that West Ham are in the driving seat to sign the teenager, although they are aware there is also interest in the player from Arsenal and Everton.

City’s current crop of youngsters are concerned that Pep Guardiola’s signings this summer will block their path into the first team.

This comes after Patrick Roberts was signed from Fulham in an £11million deal last summer before moving to Celtic in the January window on an 18-month loan deal after being given only a couple of run-outs in the League Cup by Manuel Pellegrini.

West Ham, Arsenal and Everton all have strong track records in developing young players and giving them first-team opportunities.

Hammers manager Slaven Bilic has been adding youngsters to his side since his arrival last summer, with the likes of Martin Samuelsen, Luka Belic and Toni Martinez all the joining the club.

Campbell is a current England Under-17 international with three appearances for the age-group side and is widely regarded as having a bright future ahead of him.

In other West Ham news, Nampalys Mendy is set to travel to England this week for a medical.