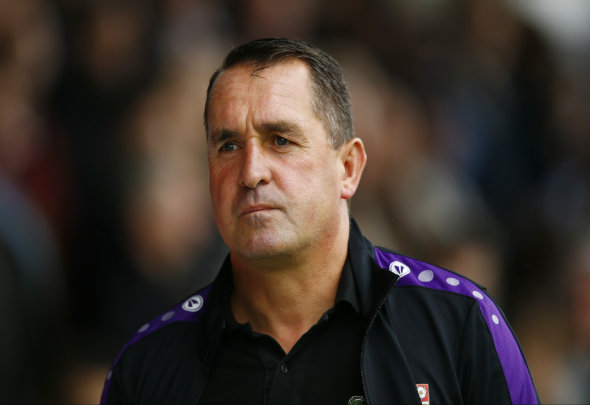 Martin Allen has called for West Ham fans to back new manager David Moyes, and claims that if the Scot makes January signings then the Hammers will definitely avoid relegation.

Moyes has been brought in by the club after the sacking of Slaven Bilic on Monday, with the Hammers languishing in the Premier League’s bottom three with just nine points from their opening 11 matches.

Many have questioned the appointment of former Manchester United boss Moyes, who has failed to make an impact in his last three managerial jobs at the Red Devils, Real Sociedad and Sunderland.

But Allen, speaking in his column for the Daily Mail, backed the Scot to do well at the London Stadium.

He said: “It seems whatever the club’s owners do is not good enough. Moyes has loads of experience of ups and downs, Merseyside derbies, nurturing amazing young talent and building Everton football club into an established Premier League club.

“People criticise him now for his stint at Manchester United which, for me, was a no-win situation following Sir Alex Ferguson.

“The job he took up at Sunderland was a ridiculous move, with those players and the bad overall culture and running of that club from the very top.”

West Ham’s poor start to the season comes after the board backed Bilic heavily in the summer transfer window, spending over £40million to bring in Chicharito, Marko Arnautovic, Sead Haksabanovic, Joe Hart and Pablo Zabaleta.

Chicharito is the only one of those players to make a significant impact so far, but even the Mexican has failed to fully hit the ground running.

However, Allen believes that Moyes will bring discipline to the Hammers, and claims that if he makes movements in the January transfer window to strengthen his squad, then the Hammers will be able to retain their Premier League status.

He said: “I’m looking forward to seeing a fitter, more organised, disciplined team of men under Moyes and with some new recruits in January, they will definitely stay up.”

In other West Ham news, this senior figure has criticised the club’s summer signings after the sacking of Slaven Bilic.