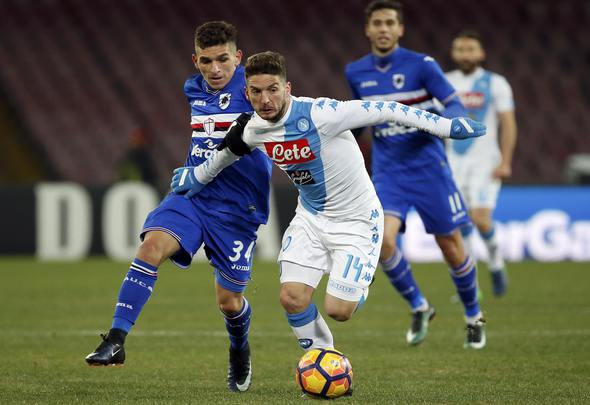 Napoli forward Dries Mertens is on West Ham’s radar over a potential summer move, according to a report.

The Mirror reports that the Hammers have marked the prolific 30-year-old as a potential target to end their striking woes.

This comes after Belgian publication DH claimed Tottenham were interested in the Napoli star, while Belgian media outlet hln.be reported Everton were also in the race to sign him.

Mertens has been in fine form for Napoli this season, scoring an incredible 24 goals in 32 Serie A games, earning himself many potential suitors.

The 30-year-old has also provided nine league assists, and has been in red-hot form in the Champions League too, scoring five goals and supplying four assists in eight games this term.

There is no doubt Mertens would be a great signing for the Hammers. Not only would he bring a real attacking threat to a side which has struggled in front of goal this term, but he would also provide a signal of intent. If West Ham want to become an established Premier League side, who even fight for European places, they need to strengthen their squad and Mertens is one man who can do that. However his age is an issue – despite his superb form this campaign, there are probably only two or three seasons left in him. As well as that – if the Hammers are to go toe-to-toe with the likes of Spurs in the race to sign him, there is only going to be one winner, and it is not West Ham.

In other West Ham transfer news, the club is set to make a shock move for Yaya Toure.