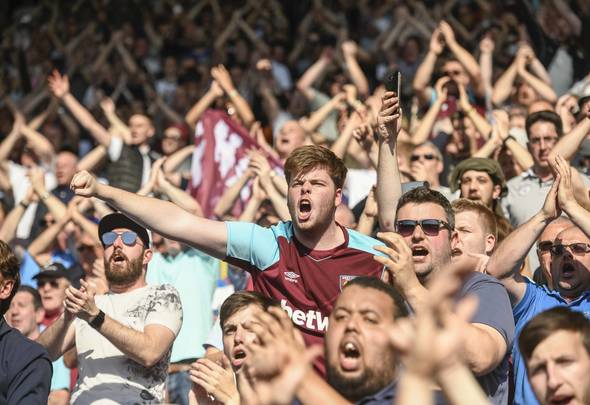 West Ham season ticket holders are “brilliant and dedicated” but are holding the club back in terms of what they can earn on matchdays.

That is according to finance guru and Football Insider columnist Kieran Maguire, speaking exclusively with West Ham in the top four with just six matches remaining.

The impact of David Moyes’ overachieving side is reflected in the ticketing office.

But Maguire explains that having a high volume of season ticket holders means the club is unable to maximise matchday income.

He told Football Insider correspondent Adam Williams: “One of the things that we have to acknowledge about West Ham is that they have a brilliant and dedicated working class fanbase.

“If you sell the tickets on a match-by-match basis, you can get a far bigger price for them.

“Liverpool, Arsenal, Spurs etc have a more casual fanbase who are really keen to see the club. But due to geographic restrictions, they can’t get season tickets.

“So they turn up and pay £50 or £60 for a match ticket and they go to the megastore, and because they are only there once or twice a season, they pay loads there as well.

“That’s why these clubs are making lots of money per fan, per season. West Ham’s fanbase is different. It’s a different demographic to the other clubs.

A 3-2 defeat to Newcastle on Saturday put a dent in West Ham’s European hopes.

Chelsea can overtake them into 4th spot with a result over Brighton on Tuesday.

In other news, West Ham tipped to make signings in one key area after former player linked.