The £20million West Ham recouped for Sebastien Haller is “money in the bank” but the club’s owners will see it as “bad business”.

That is according to ex-Milwall forward Noel Whelan, speaking exclusively to Football Insider assistant editor Russell Edge after Haller left the London Stadium for Ajax on Friday.

Football Insider revealed last week that the Ivory Coast striker had agreed terms with the Dutch champions, with the £20m move finalised on Friday. 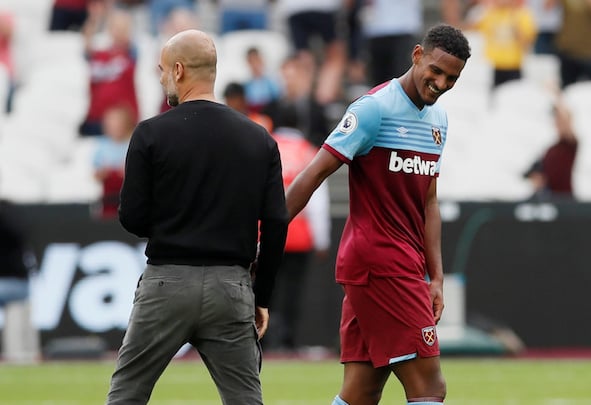 Whelan believes the £25m loss on Haller will cut deep but that the blow will be softened by the fact that they can now move on and find someone who is the right fit for the squad.

He told Football Insider: “When you sign players, especially with record signings and goalscorers, we’ve seen over the years that some of these moves work out and some don’t.

“I think with Sebastien Haller it’s just not really been his time at West Ham has it. He’s not been in their plans, from what David Moyes has seen.

“If you ask the owners [David] Gold, [David] Sullivan and [Karren] Brady, it’s bad business. If you ask David Moyes, it’s good business. He’s got a player out that he doesn’t need and doesn’t want, and it frees up a little bit of equity to possibly go out there and bring someone into the side that will improve them.

“It’s been done very quickly, that’s for sure. To get £20m back for him in this climate, you have to say is good, because you want the money in the bank. But the loss of £25m is gonna hit anybody hard.

However, he was never able to rediscover his Eintracht Frankfurt form which made him the Hammers’ record signing in 2018.

In other news, Football Insider‘s resident finance guru has given his verdict on West Ham’s first bit of transfer activity this season.