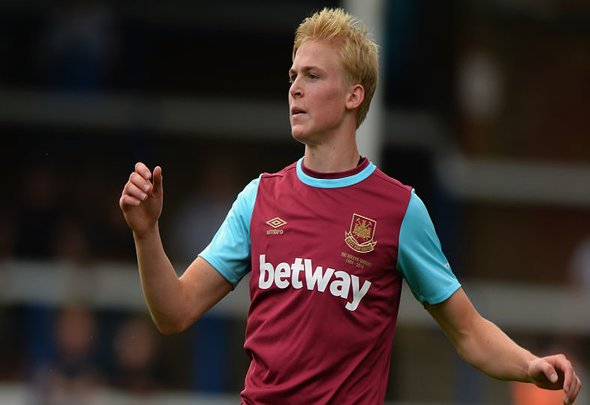 West Ham defender Alex Pike has explained how to deal with the threat of football powerhouse Adebayo Akinfenwa.

The pair were pitted against each other in the Checkatrade Cup on Tuesday evening as Wycombe Wanderers saw off the Hammers Under-21 team 3-0.

Despite the scoreline, Pike, 19, was widely praised for his performance in the fixture as goals from Akinfenwa, Scott Kashket and Nick Freeman settled the game.

Former Wimbledon striker Akinfenwa, who is nicknamed the Beast, is widely regarded as the strongest player in English football.

“It was hard marking Akinfenwa,” Pike told The Sun. “He is certainly as strong as he looks!

“He’s a big lad and it just means you have to be either cleverer or stronger than him. Since you can’t be stronger, it leaves you with just one option.

“I’ve got a few cuts and bruises, though I’ve got no idea what from – probably one of his body parts!”

The versatile defender can operate as both a centre-back and a right-back and has become a key part of West Ham’s youth team.

Pike has played eight games this season for his club but is yet to make a first-team appearance in the Premier League for the east London outfit.

The youngster joined West Ham as an under-11 midfielder before being converted to his current position at right-back.

Pike will now be hoping his performance in the match will earn him a call-up from Slaven Bilic against Crystal Palace on October 15.

In other West Ham news, Jack Sullivan has revealed that the Hammers are close to completing the signing of this international striker.