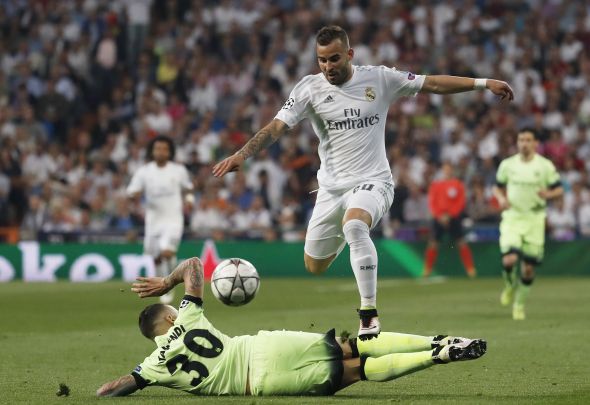 West Ham are looking to put an end to their attacking woes with a loan move for Paris Saint-Germain’s Jese Rodriguez, according to a report.

The Daily Star claim that the former Real Madrid forward was offered to the Hammers in the summer before moving to the Ligue 1 champions for £21million.

After a poor start in Paris, Jese could be set to switch clubs again and has been added to West Ham’s shortlist of January transfer targets. Italian giants Roma are also reportedly interested in the 23-year-old’s services.

Slaven Bilic is desperate to bring in attacking reinforcements as the Hammers continue to languish above the Premier League relegation zone and is said to be a big admirer of Jese.

Summer signing Simone Zaza has failed to find any sort of form at the London Stadium, with no goals in a claret and blue shirt following his loan move from Juventus.

Other attacking options such as Ashley Fletcher, Diafra Sakho and Andre Ayew have mustered just two goals between them all season, while Andy Carroll continues his recovery from a knee injury.

Jese has made just one start for his new side, as the likes of Edinson Cavani, Lucas Moura and Angel Di Maria keep him on the substitute’s bench.

Although largely out of form with just one goal this season, Jese would prove a huge coup for the Hammers as they look to bring in a striker who possesses the quality that can fire them out of a relegation scrap. His experience alongside the likes of Cristiano Ronaldo, Karim Benzema and Cavani could prove priceless for Bilic’s side, who remain just one point above the Premier League’s bottom three. Able to play as a centre-forward or on either side of a three-man attack, Jese provides both skill and an eye for goal that saw him come through the ranks at the Santiago Bernabeu. A player of Jese’s calibre would be a fantastic signing for the East London side.

In other West Ham transfer news, Manchester United are keeping tabs on this out-of-form hotshot.