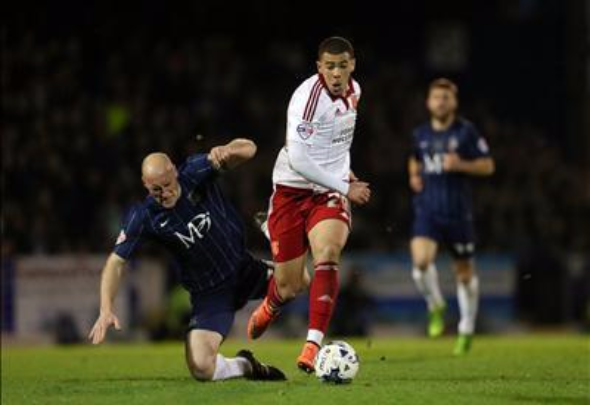 Noel Whelan has hailed the transformation of Che Adams into a potent Championship striker and insisted he would be “perfect for Leeds United”.

The Birmingham City forward put United to the sword for the second time this season as he scored the only goal of the game in his side’s 1-0 win on Saturday.

Adams took his league tally for the campaign to 22 goals, three of which have come in home-and-away wins over Leeds.

Speaking exclusively to Football Insider, Whelan explained why he has been so impressed by former Sheffield United front man Adams.

“He’s really improved and done remarkably well this season,” Whelan said. “To get so many goals in a team that is not all-out attack shows he is something special.

“He’s done a similar job for Garry Monk at Birmingham this season to what Chris Wood did for him at Leeds two years ago.

“Adams would be perfect for Leeds, who have lacked a prolific striker this season, even though Kemar Roofe and Patrick Bamford are good players. Adams is the man. He has pace, strength and an eye for goal.”

Adams’ improvement is marked after he scored just five times in 30 league matches for Birmingham last season and seven times in 40 Championship games the campaign before.

The 22-year-old is in his third season at St Andrews after signing from Sheffield United in the summer of 2016, and has a contract at the club that runs until the summer of 2022.