Tottenham could free up funds to sign two new players by selling Dele Alli this summer, according to Noel Whelan.

As revealed by Football Insider, Tottenham have slashed Alli’s asking price to £25million, despite valuing him at £45million in January.

It is understood financial reasons were behind Daniel Levy’s decision not to greenlight a loan move to PSG despite extensive talks.

The attacking midfielder has struggled for game time this season and still only has two league starts under his belt.

Sky Sports claim Spurs are looking to bolster their attack this summer, with Stuttgart’s Nicolas Gonzalez among their top targets.

The five-cap Argentina international reportedly has a £27million asking price.

Gonzalez can play as a centre-forward, left-winger or attacking midfielder.

However, he suggested the England star’s exit could see two new players, including Gonzalez, join.

“It’s always about player’s wages, whether you can deal with that. I’m sure he’s going to be on a lot of wages which will free up a lot of pressure for Daniel Levy.

“It’s probably wages he can spread out to two players, including Gonzalez if he’s one you’re going to bring in. 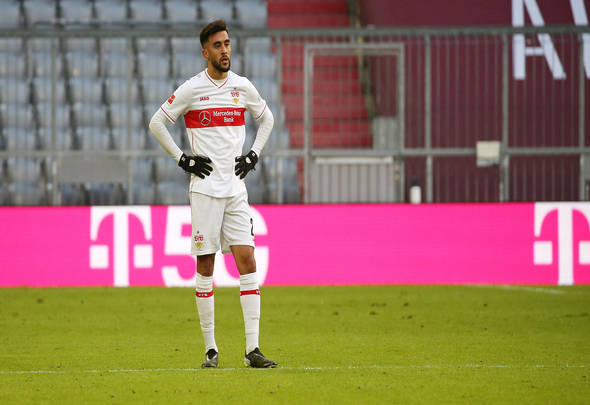 “I think now they’re out of Europe, it makes it easy to say he’s available. They’re not using him now that you’re not rotating players in certain games to rest your main XI for the Premier League.

“I think now it makes it a lot easier to say he’s available. If you want him, come and get him because he’s not gonna be getting game time in the Premier League.”