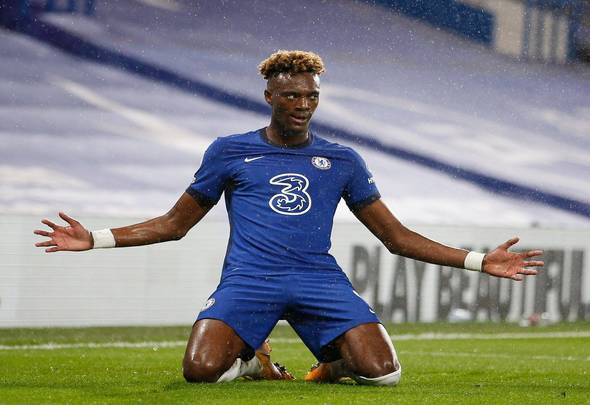 Noel Whelan claims Aston Villa face a challenge if they want to sign Tammy Abraham from Chelsea this summer.

The former Leeds hitman, speaking exclusively to Football Insider, claimed his old side are just one club who will want to sign the striker.

As revealed by Football Insider, Dean Smith’s side are the favourites to sign Abraham this summer with £40million set aside to seal his signature.

@AVFCOfficial fans, I appreciate you guys! thank you ❤️ & all the best in the future. pic.twitter.com/or135FZlxE

Chelsea travelled to Villa Park on the last day of the season though Abraham, 23, was omitted from the squad.

The few fans allowed inside Villa Park sung Abraham’s name which prompted a classy tweet from the Chelsea attacker.

Abraham spent the 2018-19 season on loan at Villa and became a crowd favourite.

However, Whelan, who covers all Leeds’ matches as a BBC pundit and is well connected at his former club, says a return to Villa Park this summer is far from cut and dry.

“He was a good servant when he was there on loan. There’s absolutely no doubt they want him back.

“I’ve also got absolutely no doubt that Leeds want him at Elland Road and other teams along with them.

“I don’t think that because he played for Villa there is a clear cut move to Villa for him. Absolutely not.

“If he’s available, it won’t just be one or two teams in for him. He’s a goalscorer who has proven he can do it in the Premier League.

“He can be a valuable commodity to any club.”

However, he fell out of favour with Thomas Tuchel after Frank Lampard was sacked.

In other news, Aston Villa open preliminary talks to sign one of the Championship’s standout performers last season.