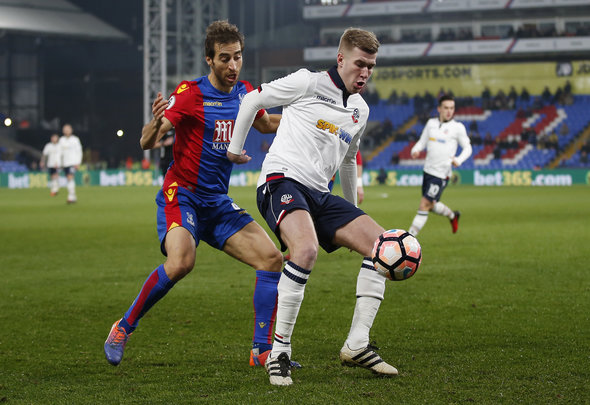 Aston Villa should consider a move for combative midfielder Mathieu Flamini this summer to help bolster their squad.

The Midlands giants will be hoping to mount a promotion push in the Championship next season and have an experienced manager in Steve Bruce at the helm.

However, they could do with a few quality additions in the transfer window to help them improve drastically on their 13th-placed finish last year.

The Daily Mail have reported that Villa have had a £500,000 bid rejected for Stoke midfielder Glenn Whelan, who want closer to £1million for his signature.

The Championship outfit look set to improve their options in the centre of the park and available man Flamini would be the perfect solution.

Villa should seriously consider swooping for the 33-year-old as he would prove a class act in the Championship.

The three-time capped France international has been released by Crystal Palace this summer as his contract expires and will be available for a free transfer.

Bruce needs to seize the opportunity to bring in the Frenchman, who would some steel to the starting line-up.

Villa do already have the likes of Mile Jedinkak, Henri Lansbury and Conor Hourihane as options in the middle of the park, but they are likely to need some more grit to get through a tough 46-game league season.

Flamini is a no-nonsense defensive midfielder that would have no problems adapting to the competitiveness of the Championship.

He has 242 appearances under his belt for English giants Arsenal during his two spells with the north London club and also starred for AC Milan earlier in his career.

Flamini would be able to act as a great defensive shield in the Villa team and help ease the burden on Jedinak.

The midfielder made just 13 appearances across all competitions last season for Palace, but should still have more to give and could turn out to be a very smart addition.

In other Aston Villa transfer news, they are lining up a bid for a midfielder from their Championship rivals.