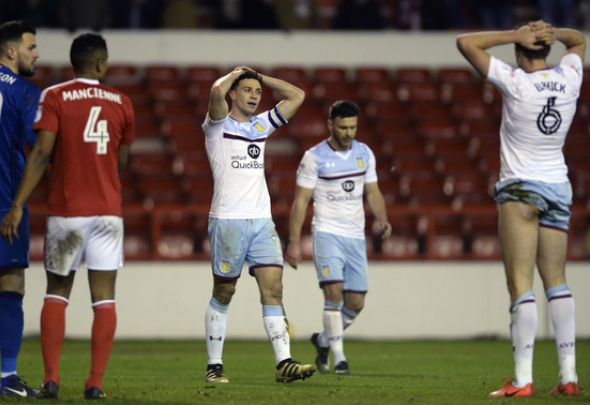 Enough of the sugar-coating. Alarm bells should be ringing at Aston Villa.

Since their fateful Premier League campaign last season, where they finished rock-bottom with just three wins from 38 games, things have gone from bad to worse for Aston Villa.

Money has been spent, two new managers have come in, but they have showed little sign of recovering from their ongoing downward spiral.

It’s not a case of another relegation battle – at least not yet – but with just eight points between them and the relegation zone, their worst fears could soon become reality.

Promotion was the target for Aston Villa at the start of the season, and understandably so. They hadn’t begun a season outside the top-flight since the 1987-88 campaign, so they had their sights set on an immediate return.

The target remains the same, although it has begun to slip further and further away as league victories continue to elude them.

Their defeat to Nottingham Forest on Saturday typified their miserable form of late, where they have yet to win a Championship game in the new year.

Due to the cut-throat nature of the Championship, competition is exceptionally high. Just 10 points separates seventh from 17th, and Villa find themselves locked in the midst of it.

Villa only need a couple of wins to regain momentum, regain confidence and to fire themselves back into contention for promotion; but at the moment, there’s no sign of where that might come from.

Their main promotion rivals, and current play-off occupants – Leeds, Reading, Huddersfield and Sheffield Wednesday – are all in good form, and do not look like conceding their current advantage.

This means that Aston Villa simply have to work even harder to meet their season ambitions. Manager Steve Bruce set about doing just that in last month’s transfer window, tapping into the club’s spending power to snap up as many as eight new players.

However, their January antics have yet to pay-off on the field, with Villa slipping to back-to-back defeats against Brentford and Nottingham Forest.

For Bruce to justify the club’s heavy spending last month, there needs to be a dramatic improvement in the club’s results, and they simply have to be battling for promotion.

They were the laughing-stock of the Premier League last season, and they don’t appear to have recovered from it. With a tough run of fixtures coming up against Ipswich, Barnsley, Newcastle and Derby, it is now or never for Aston Villa to silence the critics.

If they fail to pick up anything other than three points against Ipswich next weekend, then they will be forced to seriously re-evaluate their ambitions – is promotion a realistic target?

It has been made abundantly clear that the Championship is no cakewalk – even for a side of Villa’s stature – and if they really fancy themselves to win either the title or promotion, they need to start taking the league, and themselves, more seriously.

As dreadful as it was for their form and confidence, the Nottingham Forest defeat has to give them the kick up the backside that they so desperately need. Their season, and possibly Bruce’s job, depends on it.

In other Aston Villa news, Ian Taylor has slammed this stupid Villa player after the Forest disaster. 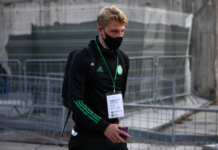