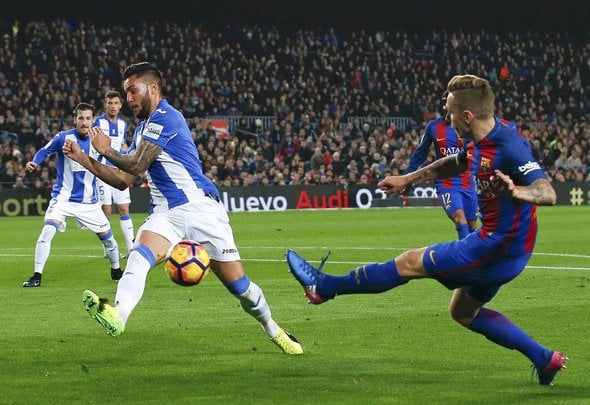 Liverpool should consider making a summer move for Barcelona defender Lucas Digne as he could reportedly leave the Camp Nou.

Spanish outlet Diario Gol claim that new Barcelona manager Ernesto Valverde could axe nine first-team stars upon his arrival and Digne is one that could exit.

The report details that the European heavyweights will allow the 23-year-old to leave if an appropriate offer is submitted.

Liverpool should make a move for the left-back as he could be a brilliant addition at Anfield.

The Merseyside club need a new specialist left-back for next season after deploying make-shift defender James Milner in that position recently.

Jurgen Klopp has shown he has little confidence in Alberto Moreno and needs a top-class defender to improve his starting line-up.

Digne would be the perfect solution and the fact that Barcelona want to sell gives them some leverage.

The France international is blessed with brilliant pace and is an established footballer.

He has made 26 appearances across all competitions this season and it’s no shame that he can’t get in ahead of the world-class Jordi Alba.

Digne has already experienced the French, Italian and Spanish leagues in his short career so far and his pace means he looks tailor-made for the Premier League.

Liverpool would be able to offer the emerging talent regular first-team football and Champions League next season, meaning a deal would be in his best interests too.