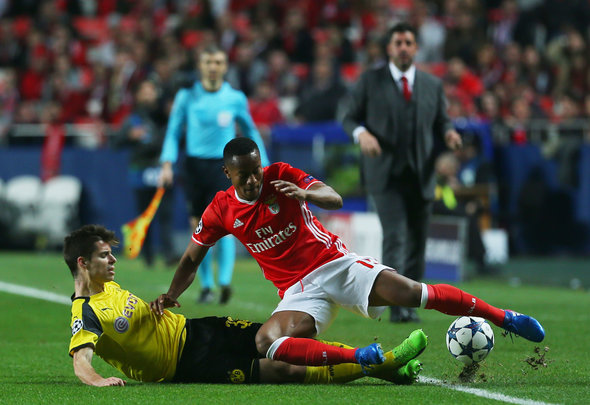 Tottenham could have some representatives on Wednesday night when England face great rivals Germany in an international friendly.

Spurs regulars Dele Alli, Kyle Walker and Eric will be in contention to feature during the match in Dortmund for Gareth Southgate’s side.

Mauricio Pochettino will be keeping a close eye on his club stars as they look to prove themselves on the international stage.

However, the Spurs manager should be taking notice of several Germany players, in particular emerging youngster Julian Weigl.

The 21-year-old central midfielder is developing into one of the hottest properties in Europe and Real Madrid ace Toni Kross has tipped him to become “world class”.

Spanish outlet AS report that Barcelona and Manchester City are eyeing moves for Weigl after his impressive performances for Borussia Dortmund this season.

Spurs are aiming to become an elite club in English football and establish themselves as a leading side at the top of the Premier League.

The north London club need to be eyeing moves for Europe’s top stars in order to do so and Weigl certainly would be a marquee signing.

The German has proven to be an influential player for Dortmund this season and has been dominating games in the Bundesliga.

He has made just four senior caps for Germany so far, but is expected to be a regular feature for the national side over the next decade.

Weigl has helped Dortmund to the quarter-finals of the Champions League and would bring strong experience for a player so young.

Spurs do already have some talented midfield options in the likes of Mousa Dembele, Victor Wanyama and academy product Harry Winks, but Weigl would surely fit straight into the starting XI and match Pochettino’s possession-based style.

In other Tottenham transfer news, a midfield wizard is willing to make London move.