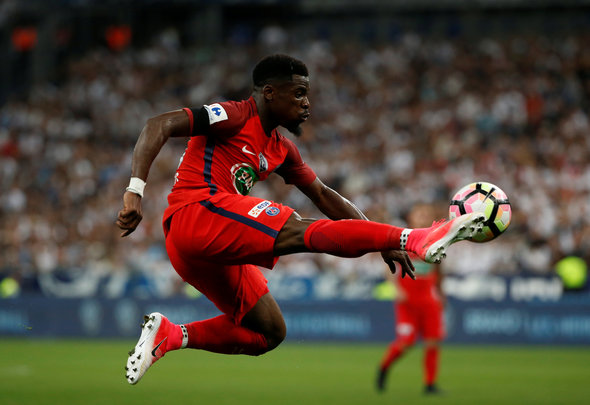 TalkSPORT pundit and former West Ham defender Danny Gabbidon has sent a warning to the Premier League’s wingers, stating that it “will be a waste” trying to run past new Tottenham signing Serge Aurier due to his pace.

The 24-year-old completed a deadline day move from Paris Saint-Germain to north London for a fee of £23million after being granted a work permit.

He joins after helping PSG to two Ligue 1 titles in three years alongside helping the Ivory Coast lift the Africa Cup of Nations back in 2015.

Now, many people see his signing as quite the coup for Tottenham and that includes Gabbidon, who warned the Premier League’s best attackers via his personal Twitter account not to try and beat Aurier for pace as it will be a wasted effort.

Warning to all Premier League wingers!… don't not try & run Serge Aurier will be a waste of a high intensity sprint! 🏃🏾💨💨💨 #Spurs

Aurier played in 32 matches in all competitions for PSG last season, as they finished runners-up in the league to AS Monaco.

He also made five appearances in PSG’s eight Champions League games and was seen as a vital part of the team.

However, off the pitch troubles, including altercations with former boss Laurent Black and ex-teammates Zlatan Ibrahimovic and Angel Di Maria made his position at the club untenable.

Aurier will now be hoping for a successful fresh start at Tottenham, while Spurs fans will be eager to see him get a run out in net weekend’s clash against Everton at Goodison Park.

In other Tottenham news, Spurs launched a £21million bid for this dazzling Premier League attacker.