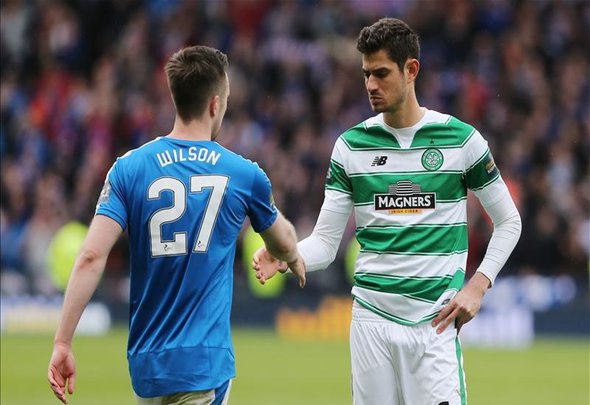 Rangers and Scotland defender Danny Wilson has heaped praise on Myles Beerman and David Bates ahead of Rangers’ crucial semi-final clash with Celtic this weekend.

Wilson has claimed both Bates, 20, and Beerman, 18, have been ‘terrific’ since they came into the senior side after an injury crisis.

The youngsters have both started and played 90 minutes in the Gers’ last three games, which has seen the side keep three clean sheets.

Their presence has also seen Rangers picking up some positive results, as well as looking solid defensively, as they drew 0-0 with Kilmarnock, before beating Aberdeen 3-0 and Partick Thistle 2-0.

Wilson has been a mainstay of the Gers defence this season and he has made 24 league and cup appearances.

He said: “The two young boys have been terrific. The clean sheets are great but they’ve offered so much more than that.”

DW: The two young boys have been terrific. The clean sheets are great but they've offered so much more than that.

DW: When you play for a club like ours you need to be ready for a number of situations.

When Rangers take on Celtic on Sunday, it will be the fifth time the sides have met this season, and the Gers are yet to claim a victory.

It is also a repeat of last years semi-final, when the sides met at the same stage in the Scottish Cup, and Rangers claimed a shock win on penalties.

If Rangers beat the Hoops on Sunday they will play in the final, hoping to win their 34th Scottish Cup.

In other Rangers news, this former Gers star has explained how his former side can hurt Celtic this weekend.