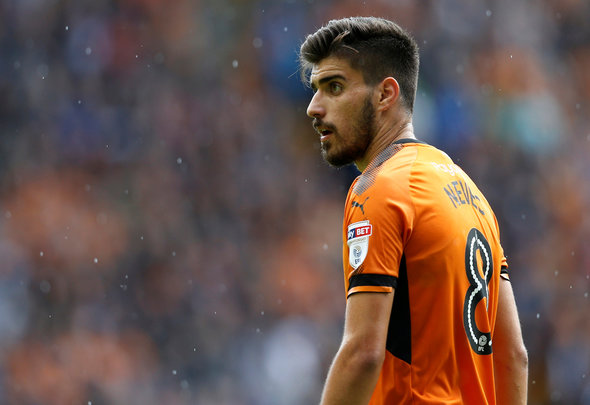 Wolves fans have ripped Ruben Neves to shreds after his performance in his side’s 2-0 loss to Sheffield United at Bramall Lane on Wednesday night.

Neves, 20, arrived at Molineux in the summer from Porto in a stunning £15million deal which left fans amazed that their club was able to pull off such a coup for someone wanted by the Premier League elite.

However it hasn’t all been rainbows and sunshine for the two-times Portugal international in the Championship, and that was the case again on Wednesday when he hit the post from the penalty spot in the second half while his side were just the one goal behind.

Fans have now been left raging at Neves for his latest display, with one asking whether Wolves still have the receipt for the midfielder.

Have we lost his receipt?

Neves needs to make way for Cavaleiro and we play on the counter.#wwfc

Neves been off it for a few games 🙁

Neves had a nightmare 15 minutes in the second half as after missing his penalty he saw his side go two goals down to the Blades before being yellow carded.

He was then substituted by manager Nuno Espirito Santo as he brought on Ivan Cavaleiro.

Neves has been a favourite of Nuno since signing for Wolves, starting all 10 Championship fixtures after moving from Porto.

He was under the charge of the Portuguese boss with the Champions League side last season and it seems that he was such a big fan of him he decided to splash the cash on bringing him to the West Midlands.

In other Wolves news, this 27-year-old has made a revelation about his Molineux future.