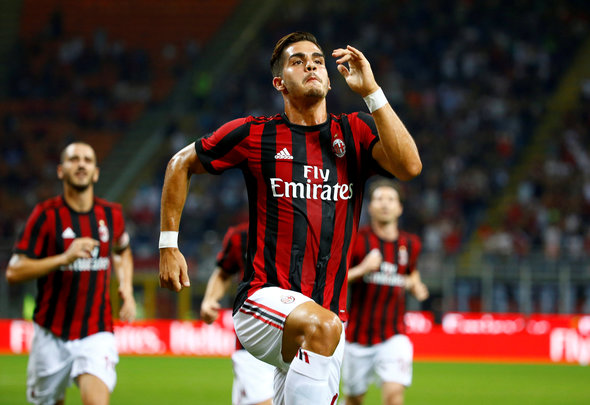 Wolves have been linked with AC Milan striker Andre Silva in the summer and with the Portuguese striker in the fold, Europe should be their goal for next season.

The Mirror claims that the current Championship leaders hope to beat Arsenal to his signature if they get promoted.

The West Midland club are in the throes of a promotion push to the Premier League which is edging closer week by week and it shouldn’t be long before their status in the top-flight is confirmed.

And while the club seemingly have the funds to pursue some of the world’s best talents, along with Jorge Mendes’ links in the game, it begs the question, where are they heading next season?

With a host of Portuguese stars already exciting the Molineux crowds, Silva would easily slip into a side featuring a number of his compatriots.

And the 22-year-old would be the biggest name to arrive at Wolves, signalling where they are heading in terms of ambitions.

With Ruben Neves in the centre of the park, Diojo Jota, Helder Costa, and Ivan Cavaleiro are all creating a base for success and under Nuno Espirito Santo, there really is a feeling that the world is their oyster.

Silva can be a part of this, a very big part, and if they can shrug off the advances of Arsenal who are also said to be interested in the forward, it will be a move that will make the footballing world stand up and take notice.

In other Wolves news, ‘Player of the year’, ‘Pirlo’ – Wolves fans drool over display of one man v Burton.