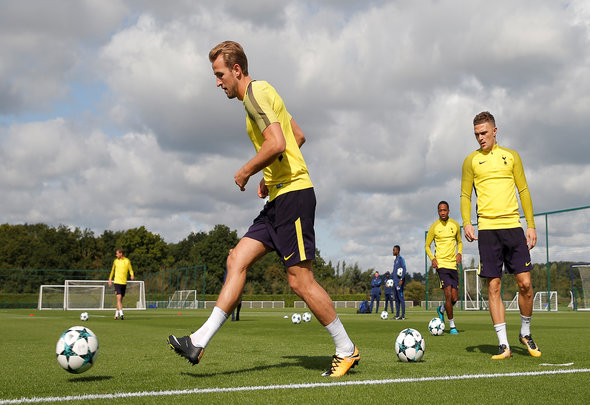 Tottenham are preparing themselves for a Champions League showdown with Borussia Dortmund on Wednesday night – and the club’s supporters on Twitter have urged manager Mauricio Pochettino to omit Kieran Trippier.

The 26-year-old completed 90 minutes at the weekend in the win over Everton, but fans want to see the defender axed from the starting line-up.

The right wing-back picked up an assist in the 3-0 victory against Everton and has become a mainstay in the team.

However, he faces serious competition to keep his place following the summer arrival of full-back Serge Aurier from Paris Saint-Germain, who is still yet to make his Spurs debut.

Pochettino may have a big decision to make over who starts as the right-sided defender when they host Bundesliga heavyweights Dortmund in their first group match of the Champions League.

Spurs fans on social media have suggested that Aurier comes into the team for Trippier, with many of them stating that the latter will struggle to contend with the Dortmund threat.

Aurier needs to start today. We need his pace & energy on both sides of the pitch tonight. Trippier won't be able to cope when BVB counter.

Haha I can't see that happening thankfully! Aurier in for Trippier, Dembélé in for Sissoko and Son in for Dele and I'll be happy 👌🏻

I'd play Son instead of Dele and Aurier instead of Trippier tomorrow. #COYS

I hope you're right. I want to see Aurier play tomorrow solely cos of his experience in CL. I don't trust Trippier against quality wingers.

Trippier has been promoted to the first-choice right-back following the sale of Kyle Walker to Manchester City in the summer.

The Englishman has impressed in his place and his regarded as an attack-minded defender.

He managed to pick up seven assists in just 22 appearances last season and his crossing is something that the Spurs attackers thrive on.

However, question marks have been raised over his defensive qualities and that is why Aurier is set to challenge him for the starting XI position this season.

Trippier could be up against the lethal attackers of Christian Pulisic, Maximilian Philipp and Pierre-Emerick Aubameyang if he starts against Dortmund.

In other Tottenham news, Michael Owen has predicted the clash against Dortmund.