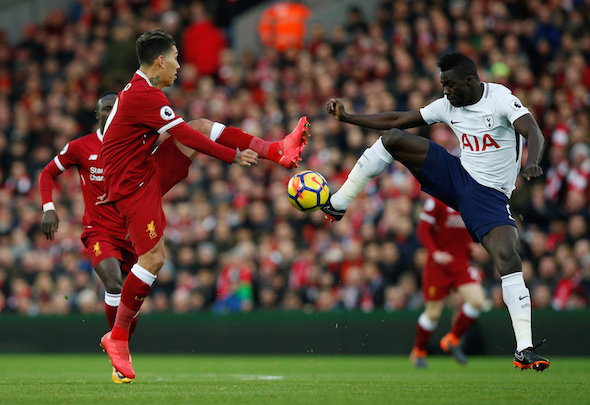 By Richard Parks
Jurgen Klopp has hailed Roberto Firmino as the one truly world-class player at Liverpool following the sale of Philippe Coutinho.
The Brazilian playmaker was sold to Barcelona last month for £145million in a transfer that raised eyebrows not only at the price but also the Reds’ willingness to cash in at the midway point of the season.
Liverpool have had mixed results since Coutinho’s departure but Klopp has insisted in a wide-ranging interview with the Mail that he has no problem with the fact that the club do not have the resources of the likes of Manchester United and Manchester City.
Since Klopp took the reins at Anfield in October 2015, Liverpool’s net spend has been £5million, while City’s is a jawdropping £371million and United’s figure stands at £252million.
The German sees similarities between competing with the mega-rich Manchester duo to overhauling Bayern Munich when he was in charge of Borussia Dortmund.
“Here, we have to over-perform, too,” Klopp told the Mail. “That’s no problem. That’s the point where we are as a team. That’s why we drop some points sometimes. Mo Salah, world class, but not every day. Sadio Mane, world class, but not every day. Roberto Firmino, world class, pretty much every day.”
Salah scored twice in Liverpool’s 2-2 Premier League thriller against Tottenham on Sunday to take his goal tally for the season to a remarkable 28 from 34 matches in all competitions, which has been supplemented by nine assists.
By comparison, spearhead Firmino has scored 19 goals and supplied 10 assists from 35 games in all competitions, including 11 league strikes, 10 less than Salah.
In other Liverpool news, the Merseyside giants have pounced to sign a £90,000-a-week proven Premier League ace available for nothing in a few weeks.
We’ve launched a << BREAKING NEWS FEED>> exclusively for your club. ‘Like Us’ on Facebook by clicking here if you want 24/7 updates on all Liverpool breaking news