Darren Bent was blown away by the idea that Everton could hire Carlo Ancelotti.

Speaking exclusively to Football Insider correspondent Laura O’Leary, the former Tottenham and Aston Villa striker was surprised that the Toffees had a chance of getting Ancelotti.

It was recently reported that the Toffees will begin contract talks with the 60-year-old manager on Tuesday following his dismissal from Napoli. 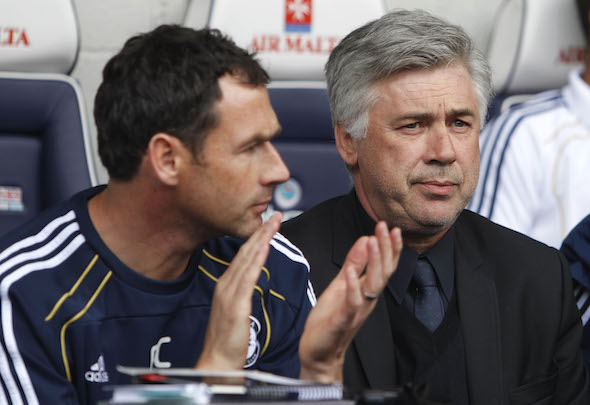 Bent explained that he thought Ancelotti could make the Toffees relevant again as with them languishing near the bottom of the Premier League, no one was taking them seriously.

When asked about Everton planning talks with Ancelotti, Bent told Football Insider: “Everton? Oh my…wow if they can get him, wow because I thought to be fair Ancelotti was a little bit out of reach for a club like Everton.

“A manager of that pedigree if they can go get him, that will make a statement to the fans.

“Also he’d make them relevant again as they’re languishing down the bottom and no one is taking them seriously, but if they go and get Ancelotti, they’ll make people go ‘woah okay’.

“Yeah it may cost money for them to get someone of that ilk, especially ahead of teams like Arsenal, that would be a massive coup.”

Napoli announced they had parted company with Ancelotti following their 4-0 win over Genk in the Championship League, with that victory ending their nine-game winless run.

The experienced boss previously managed in the Premier League as he enjoyed a successful spell with Chelsea between 2009 and 2011.