Noel Whelan believes new Leeds United signings Rodrigo and Robin Koch will take the club to the next level after watching them feature in Germany’s 1-1 draw with Spain.

Speaking exclusively to Football Insider assistant editor Russell Edge, the former Leeds forward and boyhood fan claimed the pair are are a step above the players already at the club.

Rodrigo, 29, played the full 90 minutes for Spain and provided the assist for their stoppage time equaliser while Koch, 24, was a 90th minute substitute for Germany.

🇪🇸 Rodrigo played the full 90 minutes of Spain’s 1-1 draw with Germany tonight, getting an assist in the final minute of the game pic.twitter.com/FwNAr16min

The pair joined the Whites last week with the capture of Rodrigo smashing the club’s previous transfer record.

Whelan told Football Insider: “It’s fantastic, it goes to show how far the club’s come and it really hits home that you’re now back to the big time and, wow, you’ve got an international striker that’s playing for Spain and an integral part of the 1-1 draw.

“It is fantastic, for any Leeds United player and anyone associated with the club, it goes to show what good work Angus Kinnear, Victor Orta and Radrizzani have done there to bring these top-class players into the club.

“International players, they’re not just playing international at Macedonia, they’re international at Spain and Germany, two massive, world-class sides that you’ve got to take your hat off to the hard work they’ve done to bring these players to the club and really improve it and make it a team that are exciting to watch.

“I’m sure there are going to be more signings along the way but those two are absolutely fantastic for Leeds and it just steps them up a notch in the quality of player we have.”

In other news, Football Insider can REVEAL a top Leeds United target has opened talks over a new contract at his club. 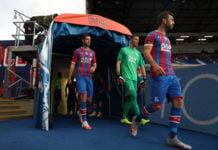 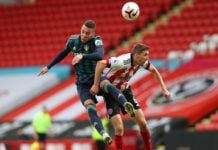