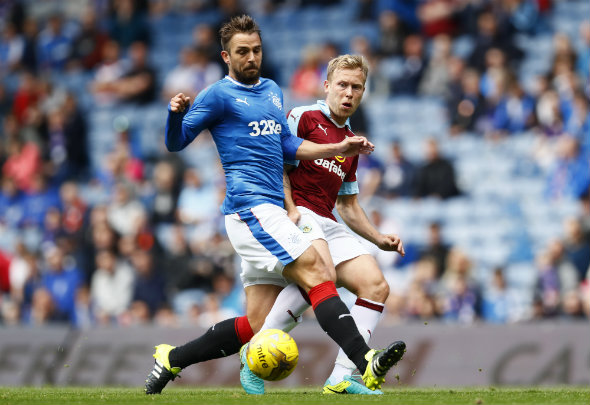 Niko Krancjar has had his Rangers contract terminated by mutual consent – and fans have delivered mixed verdicts on Twitter.

#RangersFC can today confirm Niko Kranjcar’s contract has been terminated by mutual agreement.

The former Croatia international was signed by former Light Blues Mark Warburton from New York Cosmos in the summer of 2016 but endured an injury-hit spell at the club wracked by knee problems.

He made 26 appearances in two seasons – just 11 in the current campaign – and scored only three goals.

Kranjcar last played for Rangers in their Scottish Cup win over Fraserburgh on 31 January and he has not played in the Scottish Premiership since the turn of the year.

He has slipped down the pecking order following a number of new January signings, including left winger Jamie Murphy on loan from Brighton.

Rangers supporters are split between wishing Kranjcar well and expressing their delight that he will no longer be draining the club’s wage bill.

Let’s be for real here, Niko stole a wage, He only had one good game against Stranraer.

U can’t really say it’s much of a shock?

I think he’s done for good. Can’t see him getting anything else. Fair play to him for not just coining it in till the end of the season though.