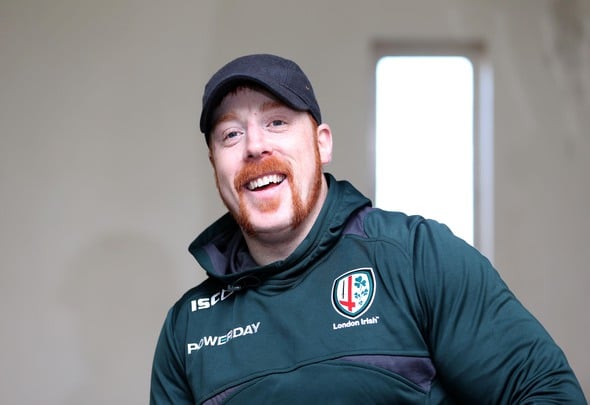 Rangers and Celtic will come to blows at Hampden Park in the Scottish Cup semi-final before meeting at Ibrox a week later in the league.

Sheamus also hit out at his WWE rival Cesaro, who is apparently a Rangers supporter.

The Dublin-born wrestler boldly claimed that the Bhoys are the best football team in Scottish history in a passionate message on the official Celtic Twitter page – despite the Gers holding more trophies in their cabinet.

💪 @WWE superstar @WWESheamus knows what it means to wear the Hoops.

‘The Celtic Warrior’ had this message for @WWECesaro ahead of Sunday… pic.twitter.com/JqFzFyW3IL

“I’ll be there, Mr Cesaro with his Rangers shirt crying his eyes out will be there, but most important of all Celtic, at that stage, will be celebrating an absolute triumph of three.

Sheamus went on to serenade Cesaro with ‘You’ll Never Walk Alone’ after he pointed out he is also a Liverpool supporter.

Brendan Rodgers’ side are unbeaten in domestic football this season and have already secured the Scottish League Cup and Premiership titles.

Pedro Caixinha’s men are the penultimate hurdle in the Hoops’ chances of winning the treble and if they can get a win this weekend they’ll face either Aberdeen or Championship winners Hibernian in the final.

It will be Caixinha’s first taste of managing the Old Firm derby after he was sat in the stands to watch the 1-1 draw at Celtic Park in March.

The Hoops have won two of the three meetings with their Glasgow rivals this season.

In other Rangers news, fans react on Twitter as this key man is set to miss the semi-final showdown.