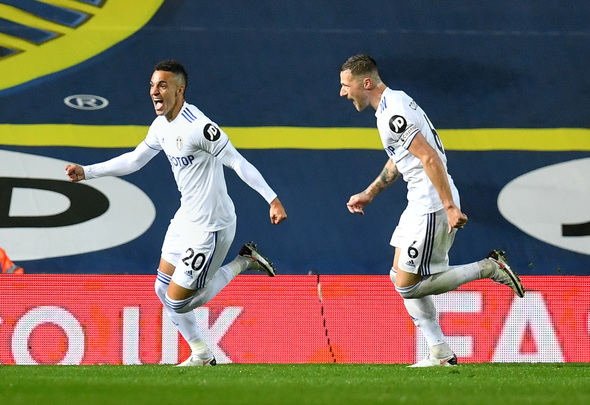 Rodrigo Moreno made a “fantastic” impact off the bench yesterday and brought real “dynamism” to the Leeds United attack, according to Danny Mills.

The former Whites and Manchester City defender, speaking exclusively to Football Insider correspondent Dylan Childs, tipped the 29-year-old to get “better and better” after an “exciting performance” against Manchester City.

Rodrigo was introduced shortly after half time for Tyler Roberts and equalised for Marcelo Bielsa’s side three minutes after coming on – the goal enough to earn his side a 1-1 draw.

It was Spanish striker’s first goal for Leeds since he arrived at Elland Road in a club-record £27million deal earlier this summer.

Mills believes that we are now starting to see the true player that the Whites signed and claimed that it takes time for players to understand Bielsa’s demands.

“Bielsa made a couple of changes and it brought dynamism to the side in the second half,” he told Football Insider.

“Rodrigo came on and he looked fantastic. He was unlucky not to get a second with that header. It was an exciting performance from him.

“We have seen it with players. It can take time for a player to work out the finer details on how Bielsa works, how he plays and how he wants his team to set up.

“You can tell he has bags of ability and now I expect him to get better and better.”

Speaking on Rodrigo last night, Bielsa said: “Progressively, he will begin to show the great quality that he has.

“He had a very good start (against City) and perhaps the pace of the game hindered him towards the end of the half. When he is able to play at a good physical level, I think he will make a difference.”