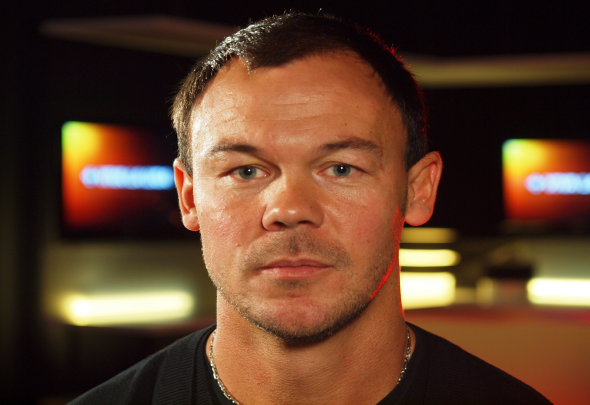 Former Rangers defender Joachim Bjorklund admits he “wouldn’t think” Derek McInnes will be asked to manage the Gers again in the future after knocking them back in favour of sticking with Aberdeen.

The Gers made a move for the Dons boss in December before McInnes, 46, decided to remain at Pittodrie leaving the Light Blues to appoint Graeme Murty until the end of the season.

Murty’s future is unclear after back-to-back defeats in the Scottish Premiership but Bjorklund, who played alongside McInnes at Ibrox in the 1990s, doesn’t see the Gers making another move for his former team-mate.

“I don’t know for sure but he probably decided Aberdeen were in a better situation,” Bjorklund said, as quoted by the Scottish Sun.

“They have picked up again after some bad results and they have a fantastic chance of reaching the Scottish Cup Final.

“The thing is, Rangers will get stronger, that’s for sure. It may take another year or two but they will be back at the very top.

“However, Derek decided he didn’t want to be the man that tries to get them there.

“Will he be asked again? You never know, but you wouldn’t think so.”

Bjorklund is now assistant manager at Hammarby in Sweden after working as a scout for Valencia then as a pundit for a number of years.

The Swede left Rangers to join Valencia in 1998 after two years at Ibrox.

McInnes’ Aberdeen could overtake the Gers in second-place in the Scottish Premiership if they can win their game in hand over Murty’s side.

The Gers almost certainly won’t move for McInnes again after launching a thinly-veiled dig at the Dons boss in a statement on the club website when they confirmed he had turned down a return to Ibrox. Whether he gets offered the chance again remains to be seen but it would be a surprise to see it happen any time in the medium-term. Many Rangers fans think the Gers dodged a bullet when McInnes turned them down. Whoever does take the reins in the summer, the Ibrox giants need to make sure he is well backed to mount a sustainable challenge to Celtic.