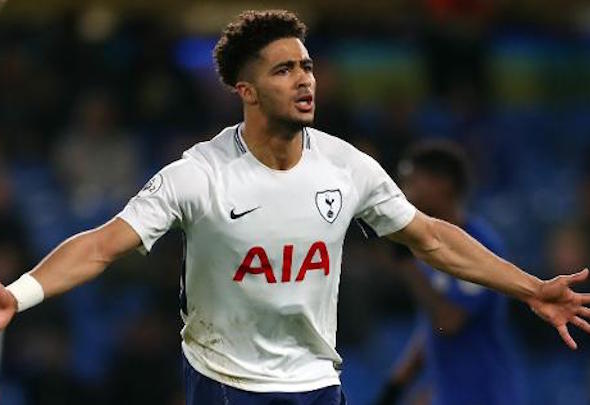 Tottenham fans have been reacting to the news that the club have officially confirmed the departure of attacker Keanan Bennetts to Borussia Monchengladbach and they are not happy.

Spurs announced the news on their official Twitter feed which came on the back of Football Insider’s very own exclusive on Tuesday when we revealed that a move to the Bundesliga outfit was on the verge of going through.

We have reached an agreement with German side @borussia for the transfer of @kbennetts_11.

All the best for the future, Keanan! 👍 pic.twitter.com/V1SsfHeQ5M

The 19-year-old is highly-rated by the Spurs faithful who roundly believe he was one for the future and could not understand how Moussa Sissoko could get a place in the XI but Bennetts could not.

As capable of playing in the centre of the park as he was as a left-back, the player was a regular for Spurs’ U23 side and had come through the ranks at White Hart Lane.

One supporter was so furious to hear the news that they labelled Spurs “whoppers,” while there were many stating they hoped the club had insisted on a buy-back clause being made a part of the contract.

It would appear that judging by reactions to the news of the player’s exit, supporters are for the most part distinctly unhappy.

Here is a selection of some of the best reactions from Tottenham fans after hearing that the youngster will be moving on:

There better be a buy back clause you whoppers

And yet Sissoko still plays for our club

German teams buying from English youth academy's again. Do we not see the potential we have ffs.

I hope there is a buy back clause in the contract?