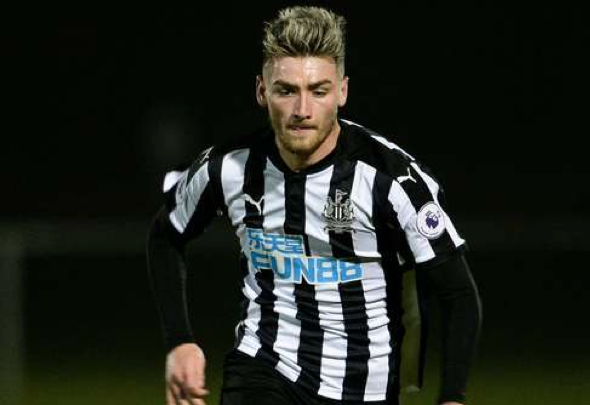 Newcastle striker Luke Charman is set for a new deal after scoring 11 goals for the Under-23s this season, according to a report.

The Chronicle claims that Charman is one of the players whose future at St James’ Park will be be secure as the club prepares to make wholesale squad changes to the second string squad.

It claims that while Benitez is focused on keeping Newcastle in the Premier League, the club is working behind the scenes to ensure his back-up options are as strong as they can be.

Charman has impressed enough this season to get his new contract and it sounds like that will be sorted before the end of the season. He is yet to make an appearance for the senior side, but he will be targeting the senior squad after an impressive season in Premier League 2. He’ll know that Newcastle are desperate for a striker and that if he can get a chance and grasp it with both hands he could be the next goal-scoring hero at St James’ Park. A new contract will provide the motivation he needs.

In other Newcastle news, Magpies must swoop for 17-goal hitman who wants PL move after multiple bids reportedly rejected