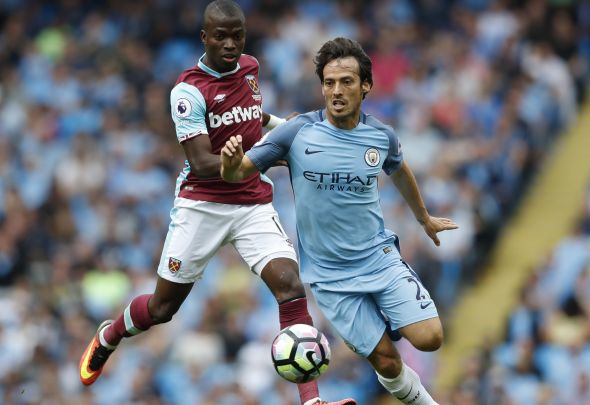 New signing Enner Valencia could be set to make his Everton debut on Saturday as they host Middlesbrough in the Premier League.

The 26-year-old signed for Ronald Koeman’s side on deadline day, after speculation surrounded the Ecuador international for the majority of the transfer window before he left West Ham to move to Merseyside.

Former Southampton boss Koeman revealed the team news on Thursday afternoon when facing the media ahead of the Toffees’ teatime kick-off against top-flight new boys Boro.

He said, as quoted by the official Everton Twitter account, that “it is possible” the West Ham loanee could feature on Saturday.

RK: "It is possible [Enner Valencia could make his debut on Saturday]." Watch: https://t.co/kp28xVU8eD #EFC

This comes just hours after Valencia delivered a parting shot to West Ham in an interview with the Liverpool Echo, claiming that his old side failed to play him in his preferred position.

The versatile forward has had two mixed seasons with West Ham since joining from Pachuca in 2014 for £12 million, scoring just 10 goals in a claret and blue shirt.

However his form for his country is very different, scoring 16 goals in 29 appearances and Vargas claimed that his client wants to play as high as he can.

A win for Everton on Saturday would see them record a fifth straight win in all competitions,but will face a tough challenge in Aitor Karanka’s Middlesbrough who have made an impressive start following their promotion back to the Premier League.

In other Everton news, the Toffees are ready to rival their domestic rivals for this £17million-rated Juventus midfielder.