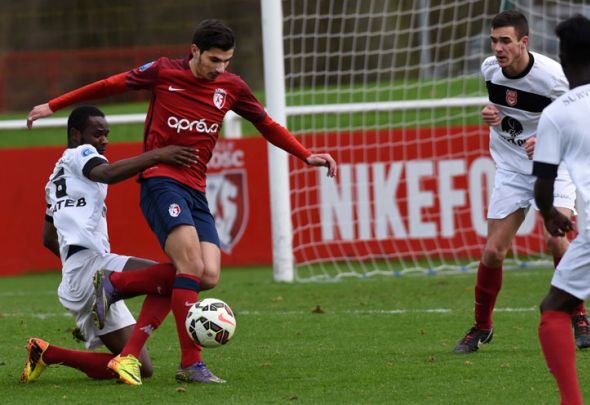 Everton and Bournemouth are both interested in Lille and France Under-21 attacker Martin Terrier but face competition from Lyon, according to a reliable journalist.
Ed Aarons, deputy news editor at Guardian Sport, says that the fee will be £13m and that Everton should find out if they can sign him by the end of the week.
Aarons put the news on his personal Twitter page on Tuesday afternoon.

Everton and Bournemouth both interested in Lille and France Under 21 forward Martin Terrier but face competition from Lyon. Fee will be around £13m, decision by the end of the week #efc

Terrier, 20, has come up through the youth ranks at Lille and joined Strasbourg on loan in the summer until the end of the season.
He has made 14 appearances in Ligue 1 this season, scoring three goals and adding two assists.
He plays for the France Under-21s where he has an incredible record of seven goals in five games in the European Under-21 Championship, including a hat-trick against Kazakhstan
Football Insider verdict:
Terrier has made a name for himself with his prolific scoring on the international stage, and has attracted the attention of both Everton and Bournemouth in the Premier League. Allaradyce has a lot of experience at Everton currently and Terrier would be a great addition, working under players like Rooney to develop his game. He can obviously score goals and at 20 has the peak years of his career ahead of him. £13m seems like a fair price for a player of his calibre and it sounds like Everton will hear in days whether he will join them at Goodison.
In other Everton transfer news, the Toffees are favourites to sign this £65,000-a-week Premier League centre-forward.
We’ve launched a << BREAKING NEWS FEED>> exclusively for your club. ‘Like Us’ on Facebook by clicking here if you want 24/7 updates on all Everton breaking news.