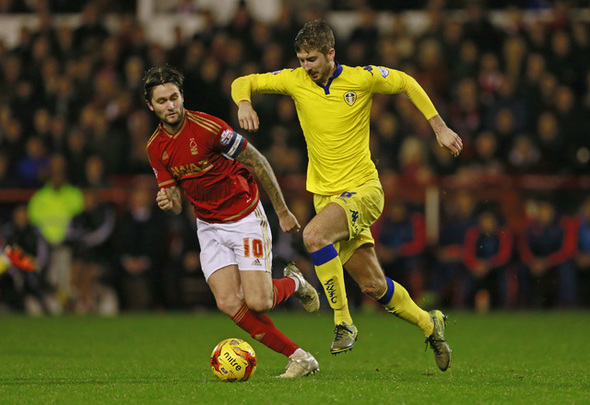 Midfielder Luke Murphy is heading back to Elland Road after his loan deal expires with Burton Albion, and he’ll bring with him a glowing reference from manager Nigel Clough.

The 28-year-old has been with Leeds since January 2013, when he joined for £1million from Crewe Alexander.

He’s made 41 appearances for Burton this season and Clough is hoping he gets a chance under Paul Heckingbottom at Leeds.

Talking in the Burton Mail, Clough said Burton can’t keep him because of finances as Burton have been relegated.

After confirming that he would be heading back to Elland Road in the summer once his current deal runs out, Clough said: “Luke has been one of the best lads you could wish to work with over the last 18 months.

“I’m going to put a call in to Paul Heckingbottom (Leeds manager) in the next couple of days just to make sure he’s aware of he well he’s done for us.

“And I think Luke will get a chance at Leeds next season to prove himself in the Championship, I hope he does, because he’s good enough.

“In terms of working with him, day in and day out, he’s been absolutely brilliant.”

Can Murphy do a job for Leeds? He’s made 111 appearances over his time at Elland Road but was considered surplus to requirements. He’s done enough to convince Clough but Leeds are looking for a step above that sort of quality. Burton were relegated back down to League One, and he’ll have his work cut out to convince Heckingbottom that he can be a part of a promotion-chasing squad next season. He’s under contract with Leeds until 2019 so the most obvious option would seem to be to sell and try to recoup some money, or send him out on loan for another season. However, Heckingbottom should certainly take a look to see if Murphy can do it as a squad player. The Championship is gruelling and this season showed that you can never have too many players covering positions.