Gabby Agbonlahor has insisted Leeds United can find a better striker than Eddie Nketiah for £20million.

Speaking exclusively to Football Insider, the ex-Aston Villa and England forward suggested the Whites have moved on from the Arsenal striker who has struggled in the Premier League.

Football Insider revealed on June 5 the Whites have been offered the chance to re-sign Nketiah who Arsenal value at around £20million. 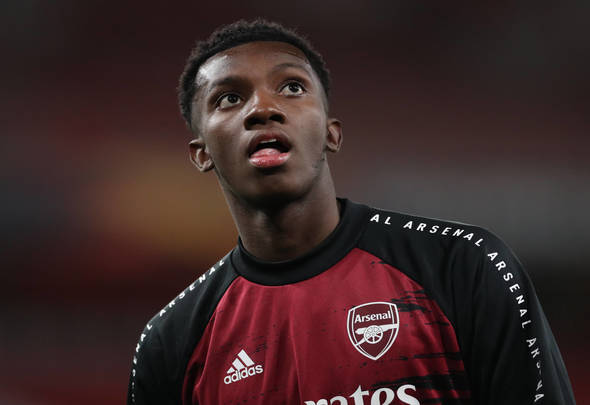 The Athletic reported yesterday (June 10) he has been offered a new contract by the Gunners who plan to cash in if he does not put pen to paper on a new deal.

The 22-year-old spent the first half of the 2019-20 campaign on loan with Leeds and scored five goals in 19 appearances but struggled for regular starts.

Asked whether re-signing him would be a good move, Agbonlahor told Football Insider correspondent Connor Whitley: “It could be.

“But I think Leeds would look and think ‘He maybe did well for us in the Championship but this is the Premier League now.’

“He hasn’t set the world on fire at Arsenal. Just because you were at a club before, clubs can move on.

“Maybe Leeds will see it and think there are more strikers around the world to choose from, especially at that fee.”

The London-born ace captained his country at the Under-21 European Championships and became their record goalscorer with 16 strikes in 17 caps.

In other news, a player is set to join Leeds United after agreeing a three-and-half year contract.