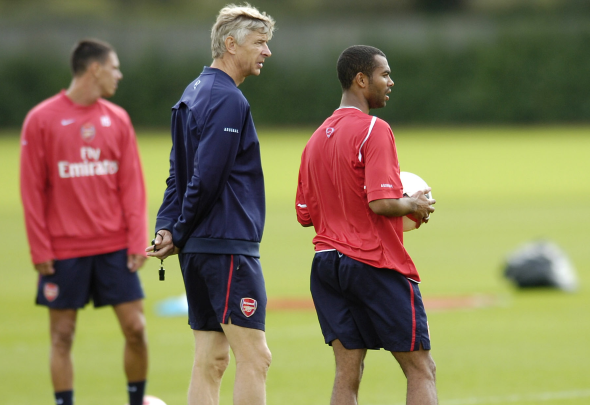 Arsenal sent scouts to join 28 other talent-spotters in Benfica’s home clash against Besiktas in the Champions League.

The Gunners were one of 11 Premier League teams to send scouts to the fixture including Liverpool, Chelsea, Manchester United and Manchester City in the search for emerging talent.

Other teams to have had representatives watching the game included Paris Saint-Germain, Barcelona and Bayern Munich.

The likes of Gokhan Inler, Franco Cervi, Nelson Semedo and Caner Erkin were all on display as the sides drew 1-1 at the Estádio da Luz.

A 12th minute goal from Cervi gave the hosts the lead before a 93rd minute Souza Conceição strike leveled the scores.

Arsene Wenger’s side have previously shown interest in a move for Inler but after a failed spell with Leicester City, the Frenchman seems unlikely to make a move for the midfielder any time soon.

Arsenal  have lost one, draw one and won two of their four domestic encounters so far this season and will be will be looking to make it 10 points from their first five games with a win at Hull City this weekend.

In other Arsenal news, fans on Twitter have slammed manager Arsene Wenger after he decided to rest Petr Cech in their Champions League opener against Paris Saint-Germain.