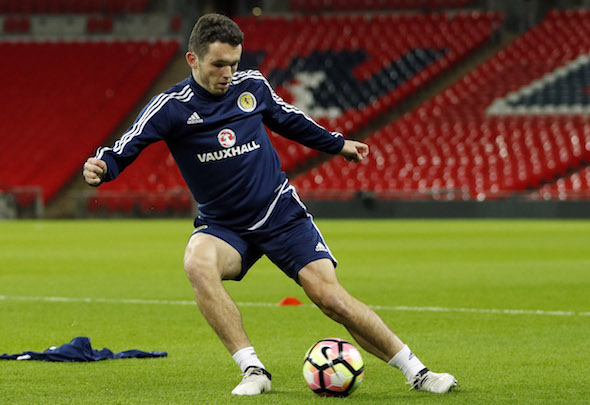 McGinn is regarded as one of the best young players in Scotland after impressing for club and country over the last 12 months.

The 23-year-old helped Hibernian win promotion back to the Scottish Premiership last season and he has established himself in the Scotland squad.

The all-action midfielder has impressed in Scotland’s top flight this term, scoring both goals in Hibs’ recent 2-2 draw with champions Celtic at Parkhead.

Nottingham Forest have held a long-term interest in McGinn and saw a bid for the player rejected during the summer transfer window.

Forest are continuing to keep tabs on McGinn’s progress as they weigh up a new move for the midfield dynamo when the transfer window reopens in January.

However, they could face competition from Championship rivals Villa with Steve Bruce’s side now being alerted to the player’s talents.

Villa scouts are understood to have watched McGinn in action during last weekend’s clash with Aberdeen and they are expected to continue to monitor the midfielder.

Bruce is thought to be looking to add some energy to his midfield and McGinn would fit the style of player that Bruce is looking for.

In other Aston Villa news, the Villains are battling two Premier League giants in the pursuit of this brilliant wonderkid who is weighing up his options.