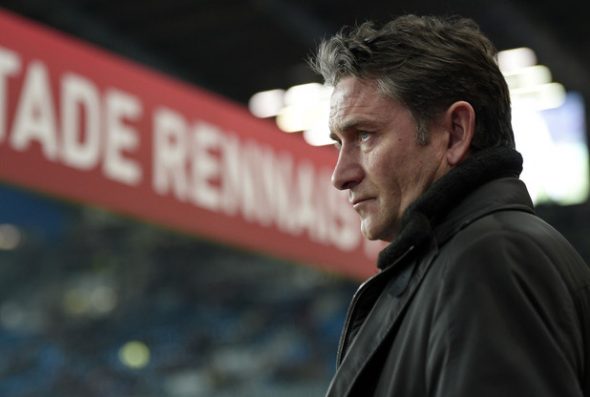 Philippe Montanier should give Nicklas Bendtner a chance as Nottingham Forest’s attacking spearhead as he searches for a change in fortunes against Fulham.

Forest have lost three games on the bounce and a shake up is needed. Along with Bendtner, four other players could come in to freshen Montanier’s struggling squad as they host the Cottagers at the City Ground on Tuesday night.

Former Everton striker Apostolos Vellios will make way for Bendtner, after struggling to adapt to the rigours of the Championship with just three goals in 10 league and cup encounters.

Mustapha Carayol has shone in flashes but is lacking in consistency and Montanier should look to Napoli loanee Nicolao Dumitru to supplement Bendtner’s power with pace and skill.

Former Fulham man Pajtim Kasami could be brought in to haunt his old club in place of Joel Grant, while Montanier has been forced to lose suspended star Henri Lansbury. Benfica loanee Hildeberto Pereira is likely to move from right-back to centre-midfield.

That means Eric Lichaj will move to the other side of the defence, as Scotland international Danny Fox replaces him at left-back.

Former Toronto and Betis stopper Damien Perquis has recovered from a groin injury, and will start alongside Michael Mancienne to give the Forest defence a much sturdier look as Matt Mills drops to the bench.

In other Nottingham Forest news, fans have reacted on Twitter after this former player broke a long-standing drought.